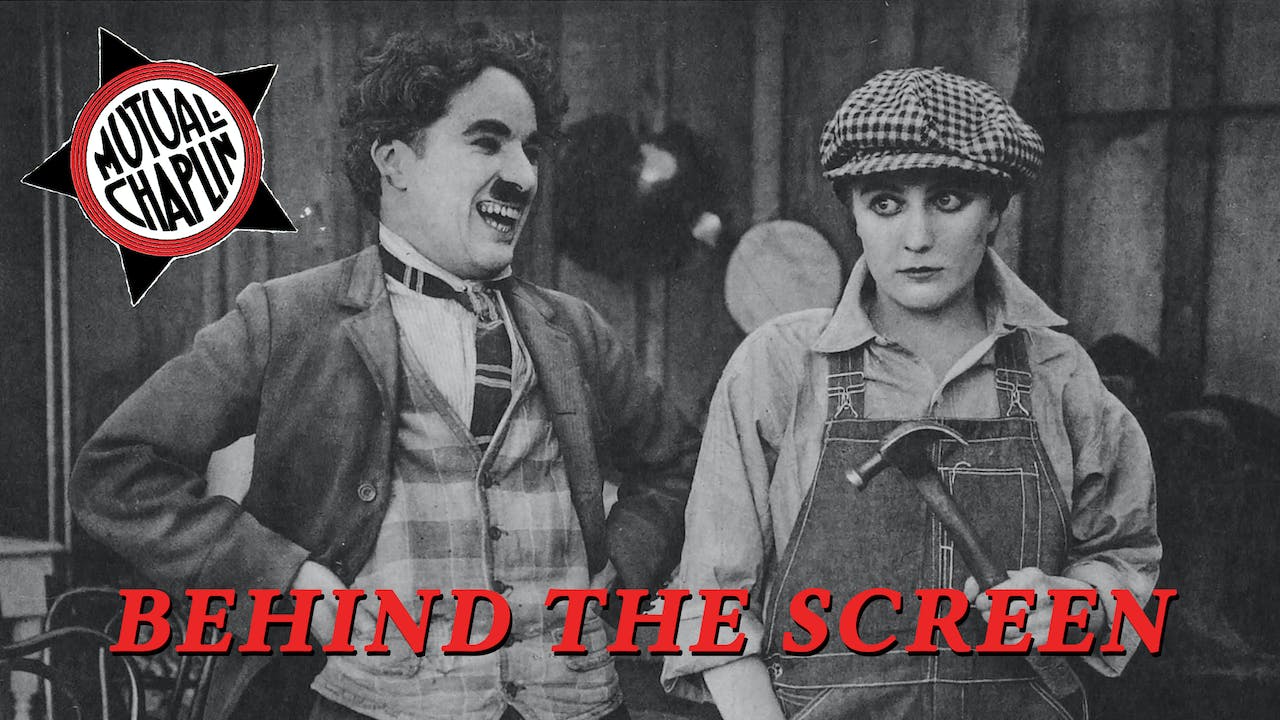 A refinement of his earlier comedies set in a film studio, BEHIND THE SCREEN, Chaplin's seventh film for Mutual, lampoons the unmotivated slapstick of the kind Chaplin disliked when he worked for Mack Sennett. Chaplin made the film as a sort of parody of the knockabout, pie-throwing comedy of the Keystone films.

An aspireing actress (Edna Purviance), desperate for work, disguises herself as a boy and is hired at the studio as a stagehand when the regular crew strikes. Charlie, discovering that the new stagehand is in fact a girl, gently kisses her just as Goliath (Eric Campbell) enters. "Oh you naughty boys!" Goliath remarks in an intertitle, as he teasingly pinches their cheeks and dances about in an effeminate manner before offering his backside to Charlie, which Charlie promptly kicks. This curious scene representing a homosexual situation is highly unusual in American commercial cinema for its time.