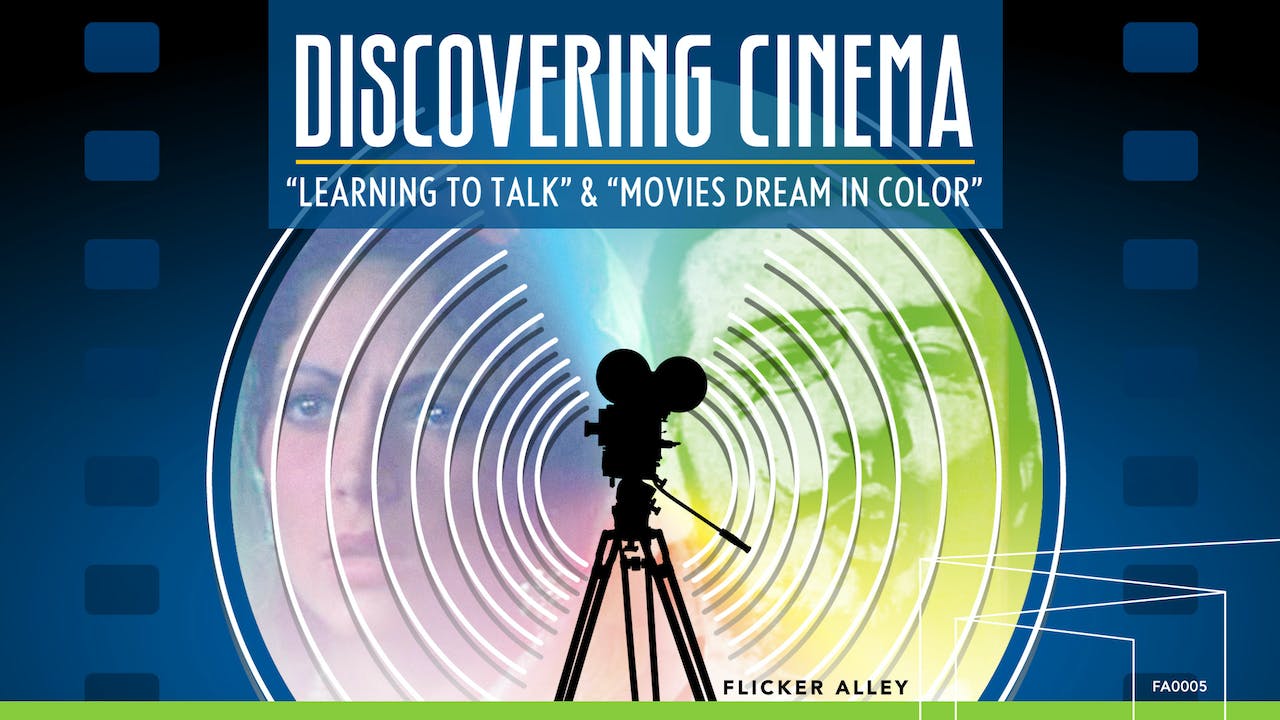 DISCOVERING CINEMA is a 2-part film program comprised of "Learning to Talk" and "Movies Dream in Color", produced by Lobster Films/Histoire, 2003-2004. Film historians Eric Lange and Serge Bromberg compiled materials from their own Lobster Films collection and material from archives throughout Europe and the USA to create these two historic documentaries illustrating the birth of sound and color cinema, perhaps the greatest cultural achievement of the twentieth century.

Told from a European perspective, American viewers of these documentaries will be surprised by moving footage of Emile Reynaud's pre-cinema animation "Pantomimes Lumineuse"; the gadget-packed Allefex machine for live sync sound effects; Gaumont's 1905 Chronophone sound film system, using a compressed-air amplifier and their Chronochrome three-color systems; additional unique examples of the Kodacolor lenticular color system, Kinemacolor, an additive system using filters; and NotoFilm in which notes of the intended musical accompaniment streams across the bottom of the silent screen.

La Cucaracha (1934) - A short musical-comedy which displays an early use of the "three-strip" technicolor process.