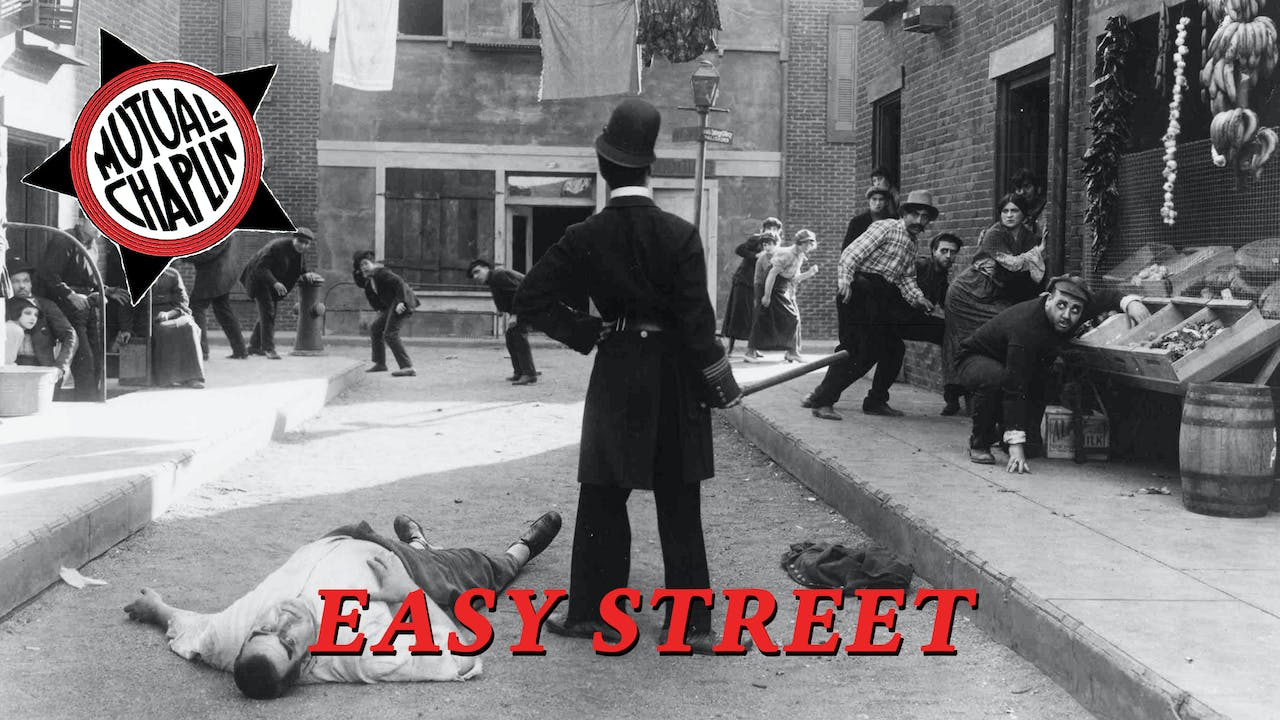 For EASY STREET, his ninth film for Mutual and the most famous of the twelve, Chaplin ordered the first of the T-shaped street sets to be built that he would consistently utilize to provide a perfect backdrop to his comedy. The look and feel of Easy Street evoke the South London of his childhood (the name “Easy Street” suggests “East Street,” the street of Chaplin’s birthplace). Poverty, starvation, drug addiction, and urban violence—subjects that foreshadow the social concerns in his later films—are interwoven in “an exquisite short comedy” wrote critic Walter Kerr, “humor encapsulated in the regular rhythms of light verse.”

Chaplin carefully choreographed all of the action in his films. As a result, there were no injuries to the cast while making the films, with the exception of a minor accident involving Chaplin on December 16, 1916, during the filming of EASY STREET. He recalled, “We had one accident in that whole series. It happened in Easy Street. While I was pulling a street-lamp over the big bully to gas him, the head of the lamp collapsed and its sharp metal edge fell across the bridge of my nose, necessitating two surgical stitches.” The injury also held up production, as the stitches prevented him from wearing makeup for several days. The injury, the size of the production, and a particularly rainy season in Hollywood contributed to a delay in the release of the film. Upon its release, EASY STREET was hailed as a watershed moment in Chaplin’s career.