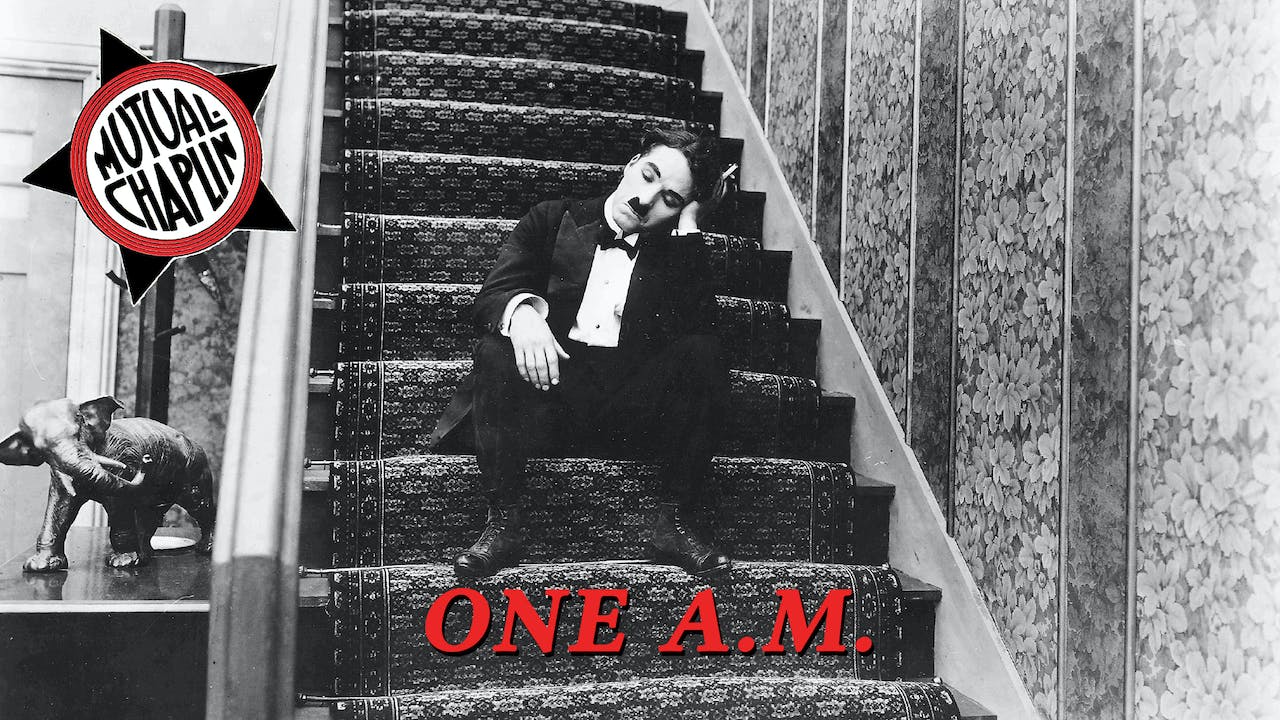 ONE A.M, Chaplin's fourth Mutual, is an impressive piece of virtuosity, a solo performance except for a brief appearance by Albert Austin as a taxi driver. The film is a tour de force of Chaplin's superb pantomime and comic creativity performed in a restricted space, a brilliant experiment that he never repeated. The film's simple situation revolves around a drunken gentleman as he arrives home early one morning and tries to get upstairs into bed.

Art director Scotty Cleethorpe designed the splendidly surreal set, and technical director Ed Brewer created the folding bed that Chaplin turned into a memorable foil. The film is not only a remarkable experiment, but also an invaluable record of Chaplin’s famous drunken character, earlier seen in the Fred Karno sketch Mumming Birds.