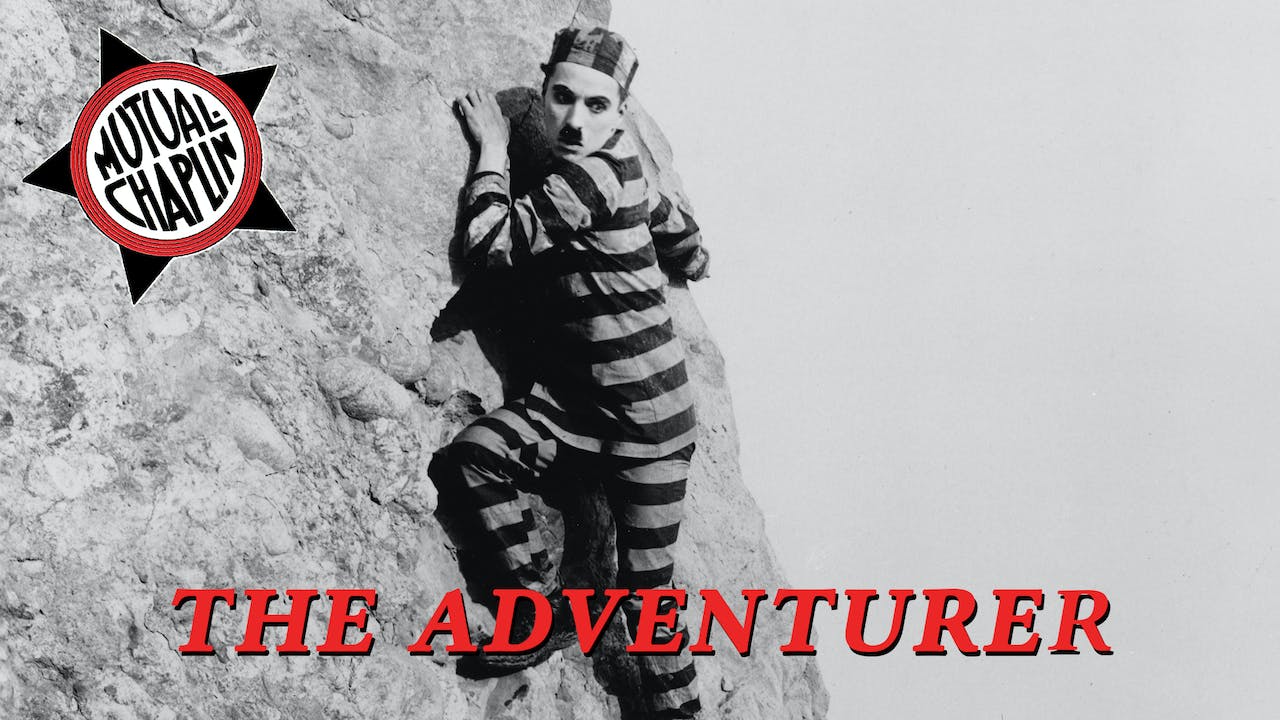 The most popular of the Mutuals, THE ADVENTURER begins and ends with a chase. It is the fastest-paced film of the series, and although it has more slapstick than Easy Street (1917) and The Immigrant (1917), it is redeemed by its construction, characterization, and Chaplin's balletic grace.

Highlights from the film include Charlie donning a lampshade and freezing in position as the guards run past him and a chase in which he dodges a prison guard and the rival by using sliding double doors which become, in turn, a head-stock, a moveable wall, and an escape route. It is ironic that in his last film of the demanding Mutual series Charlie escapes from prison. In contrast with Essanay, Chaplin’s relationship with the Mutual Film Corporation ended amicably. Indeed, Mutual offered him a million dollars for eight more films, but Chaplin sought even greater independence. Chaplin later wrote, “Fulfilling the Mutual contract, I suppose, was the happiest period of my career. I was light and unencumbered, twenty-seven years old, with fabulous prospects and a friendly, glamorous world before me.”