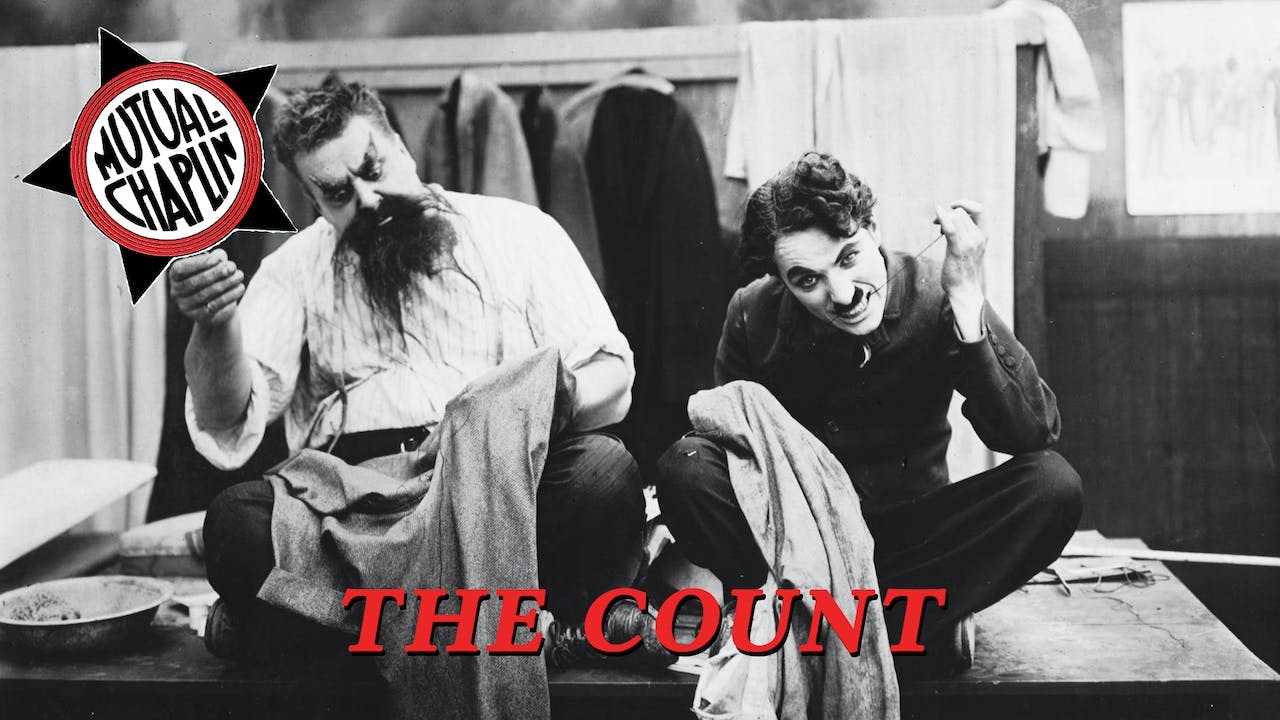 The fifth film in the Mutual series, THE COUNT, further develops the situations of Caught in a Cabaret (1914) and A Jitney Elopement (1915) and anticipates the future Chaplin films The Rink (1916), The Idle Class (1921), and City Lights (1931), films in which Charlie impersonates a man of means in order to underscore the contrast between rich and poor—one of his favorite themes.

The film was Chaplin’s largest production up to that time, with three substantial sets (the tailor’s shop, the kitchen, and Miss Moneybags’ home). For the film’s dance sequence, Chaplin hired a small orchestra. The slippery dance floor facilitates some memorable eccentric dancing from Charlie, including splits and elevations done by hooking his cane on the chandelier above him.