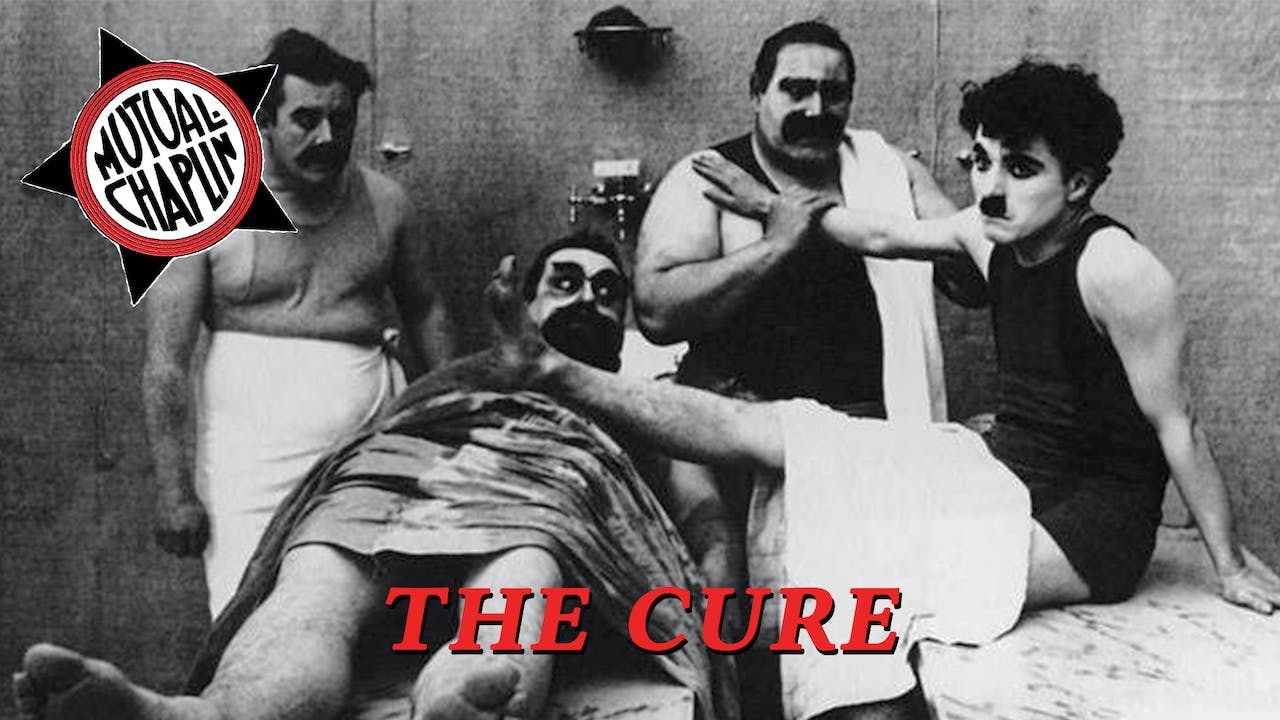 THE CURE, the tenth film in the series, is perhaps the funniest of the Mutuals. Inspiration for the film was drawn from the Los Angeles Athletic Club, where Chaplin was living at the time and where the idea of a health spa first occurred to him. The wrestling bouts in the gymnasium of the Athletic Club caught his imagination and inspired the scene in the film in which Charlie wrestles the masseur.

Completion of the film was again delayed because of Chaplin’s quest for perfection. Outtakes survive showing that the film began quite differently, with Charlie intending to play a bellman and later a spa attendant in a health resort before finalizing on the inebriate character. Production was further delayed when Chaplin caught a chill after filming some of the water scenes.

Chaplin’s use of dance in THE CURE is also notable. There is a delightful scene in the changing room where Charlie assumes several poses in his swimsuit as the curtains open and close before he dances along to the pool. The scene was inspired by the tableaux vivant, a popular feature of many British music-hall programs.