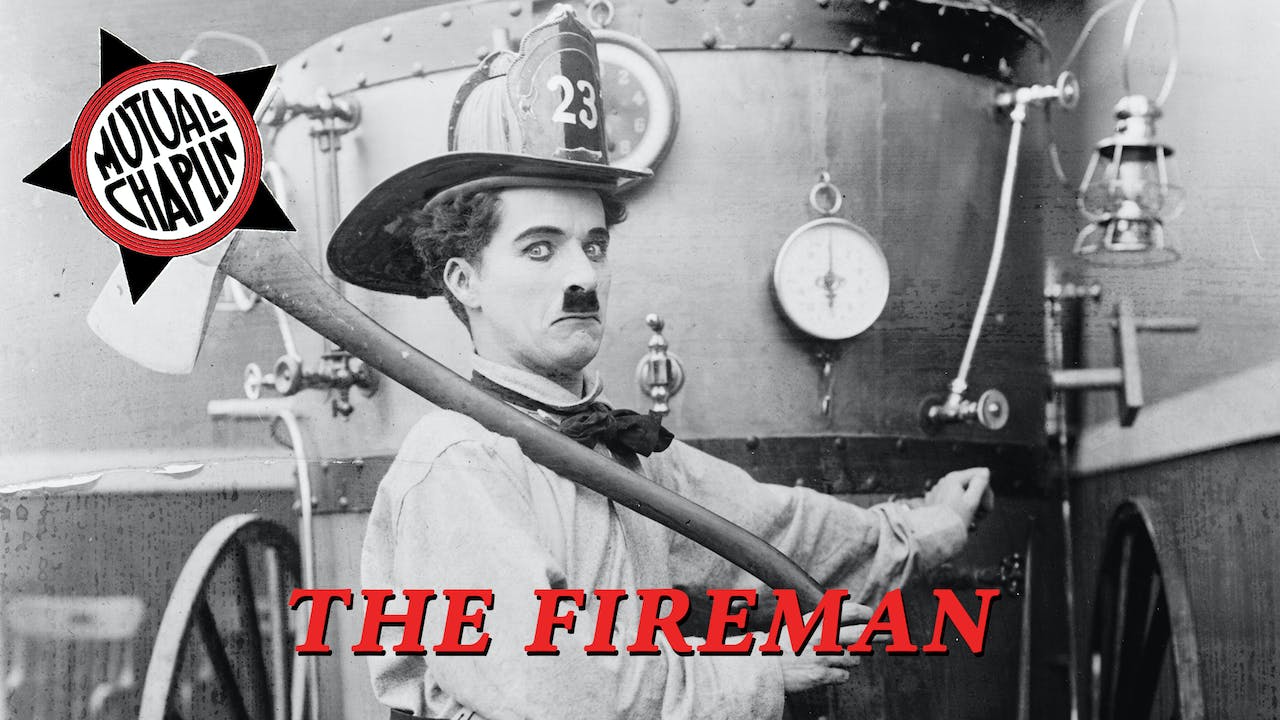 In Chaplin's second effort for Mutual, THE FIREMAN, he portrays an inept firefighter at Fire Station 23, surrounded by a plot filled with arson and insurance fraud. Filmed partly at an actual fire station (Fire Station 29, located at 158 South Western Avenue in Los Angeles), two condemned houses were burned to provide authenticity and higher production value.

In one memorable scene, Charlie, still asleep, mistakes a drill bell for a fire alarm and single-handedly drives out the horse-drawn fire engine. When he discovers his error, he simply backs up the engine into the fire station, with horses galloping backwards (an early instance of camera tricks - cameramen Foster and Totheroh skillfully cranked the cameras in reverse and Chaplin staged the action backward).