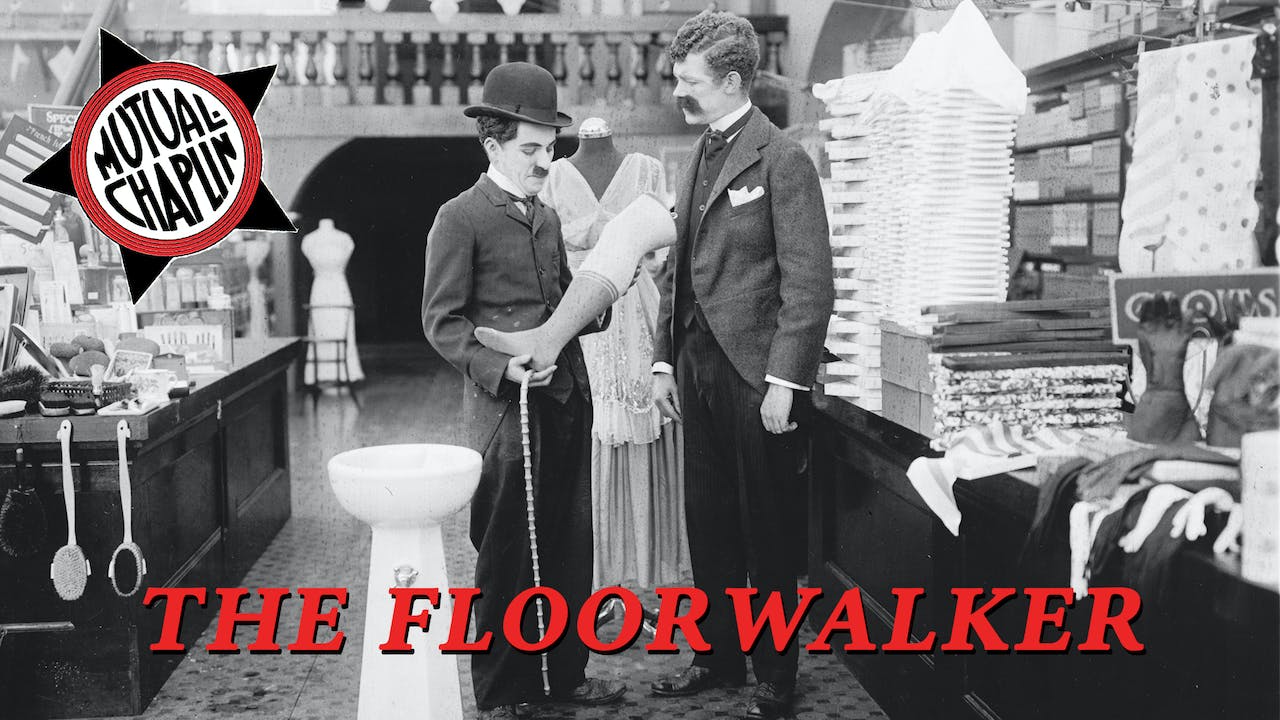 Embezzlement is the subject of THE FLOORWALKER, Chaplin's first film under his landmark contract with Lone Star-Mutual.

Though it lacks the pathos of many future Mutual comedies, THE FLOORWALKER contains a stronger plot than most of Chaplin's previous films, with the moving-staircase chase being quite novel for 1916. A glimpse of Chaplin's evolution to a more graceful type of screen comedy is evident in Charlie's dance when he discovers the valise of stolen money and dives into the bag. (This dance of joy ends with the manager choking him). Audiences were amazed and delighted by Chaplin's brilliant antics.