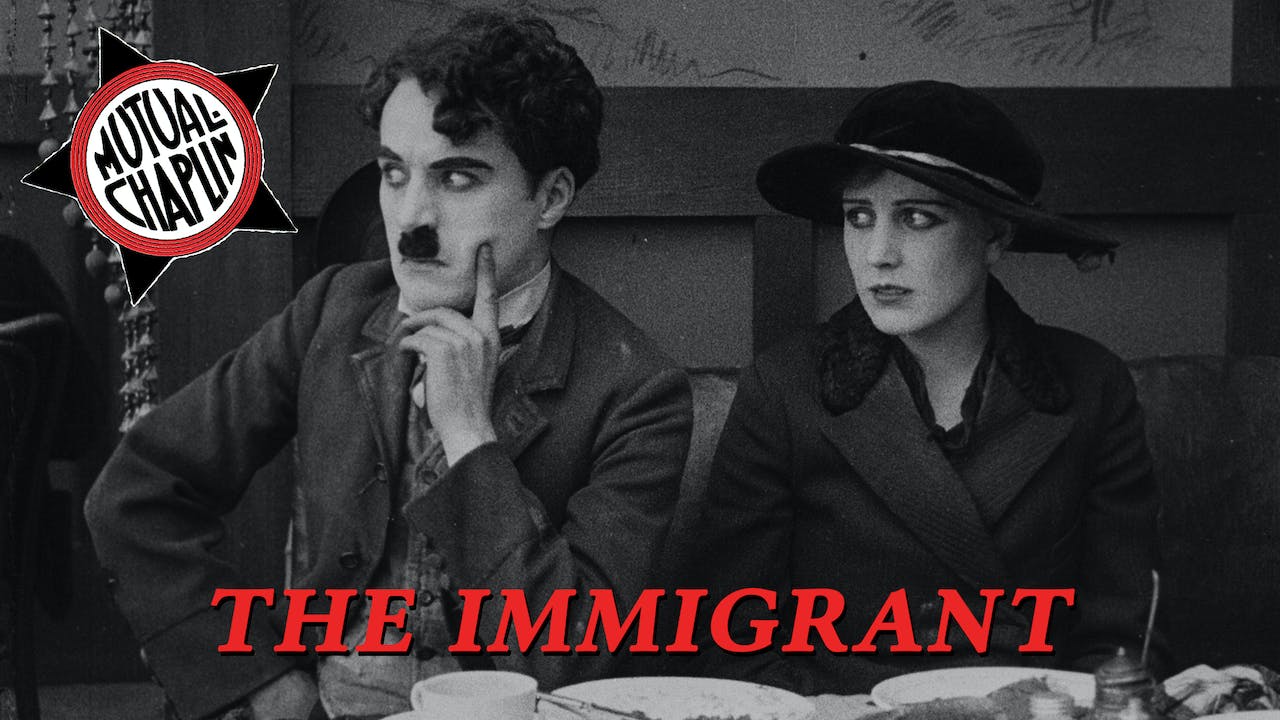 THE IMMIGRANT, which contains elements of satire, irony, and romance as well as cinematic poetry, endures into the twenty-first century as a comic masterpiece. The film, Chaplin's eleventh in the Mutual series, is the best-constructed of his two-reelers and was Chaplin's favorite among all his two-reel comedies.

The original idea for the film was a variation of Trilby set in the Latin Quarter of Paris, which evolved into a comedy about two immigrants who meet on a boat, part ways, and are reunited by a chance encounter, a menacing waiter, and an artist’s enthusiasm. Chaplin had shot as much footage on THE IMMIGRANT as most directors would to photograph a feature-length production. In his efforts to continuously refine the film, he exposed more than 90,000 feet of negative (the finished film runs approximately 2,000 feet), and he went four days and nights without rest while editing the film to final length.

In devising THE IMMIGRANT, Chaplin drew on his own experiences immigrating to the United States and attempted to find the humor in otherwise traumatic aspects of coming to a new land. Chaplin conjures many funny gags out of the hardships of an Atlantic passage on an immigrant vessel. The rocking effect of the boat itself, which was partly achieved by a heavy pendulum that was fitted to the camera head, enhanced these gags. He also found material for the film in his experience as an outsider careful with his money upon his arrival to America. During that time, Chaplin was intimidated by waiters and realized that others shared similar feelings. This fear was the spark for the café sequence.

Undertones of social criticism are suggested in THE IMMIGRANT, the first of many Chaplin films to contain such themes, which were seldom found in comedy films of this period. For instance, when the immigrants first see the Statue of Liberty the immigration officials rope all the foreigners together like cattle, causing Charlie to cast a quizzical second look at the land of the free.

THE IMMIGRANT also is significant in Chaplin’s evolution as a filmmaker because it is the first film in which his character embarks upon a full-fledged romantic relationship. To help evoke a romantic mood on the set, Chaplin—like many filmmakers of the silent era—employed “mood” musicians to play music off-camera while scenes were being filmed. Chaplin retained a special place in his memory for this film. He wrote in My Life in Pictures, "THE IMMIGRANT touched me more than any other film I made. I thought the end had quite a poetic feeling."