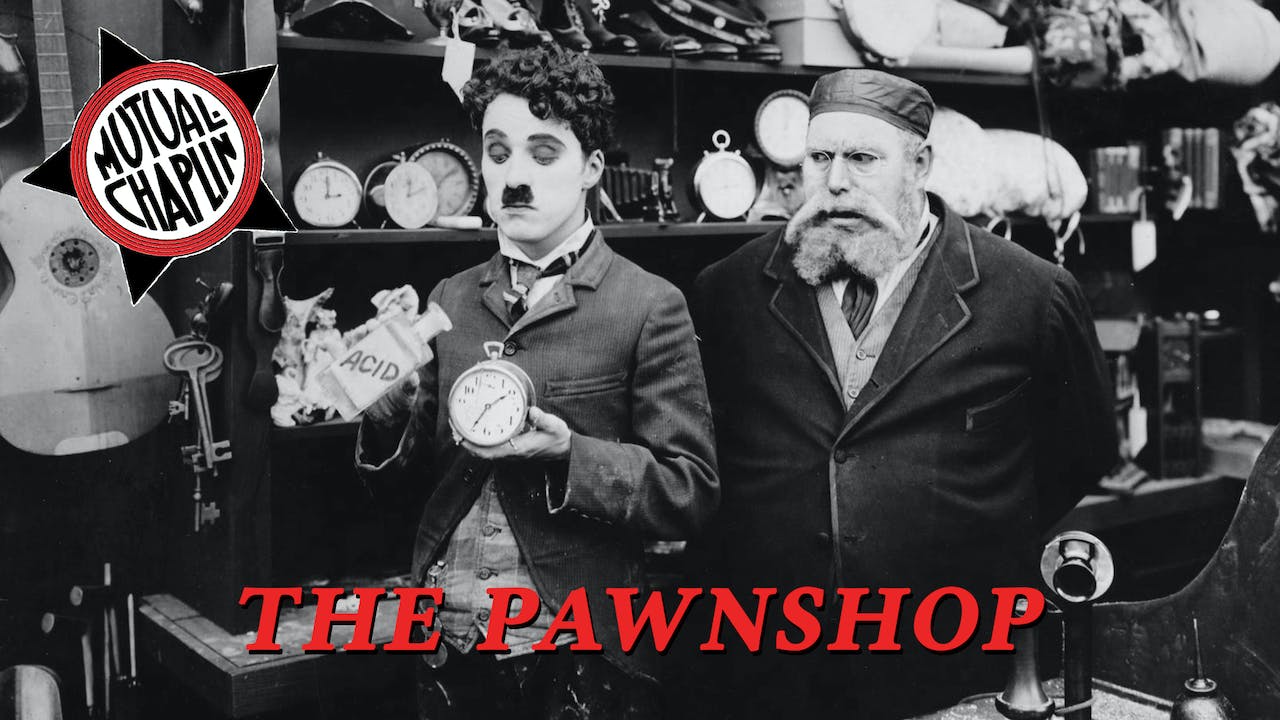 In the sixth Mutual film, Charlie is a pawnbroker's assistant in a pawnshop that evokes the London of Chaplin's childhood. The film is rich in comic transposition, a key element to Chaplin's genius. The apex of such work in the Mutuals is the celebrated scene in THE PAWNSHOP in which Charlie examines an alarm clock brought in by a customer (Albert Austin).

In his first film for Chaplin, Henry Bergman played the pawnbroker. Berman became an indispensable member of Chaplin's team, appearing in every subsequent film up to Modern Times and remaining on the Chaplin Studios payroll until his death in 1946.