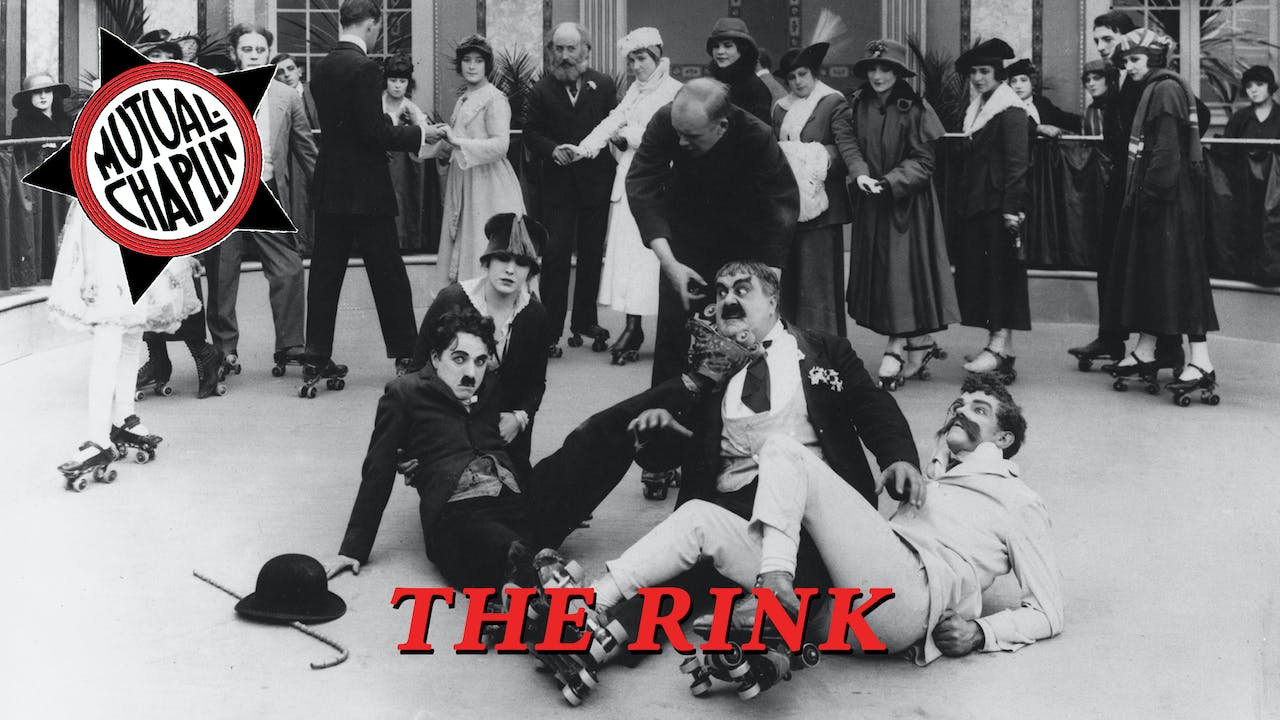 Chaplin's eighth film for Mutual, THE RINK, is one of Chaplin's most popular comedies. Charlie is an inept waiter who prepares the bill of Mr. Stout by examining the soup, spaghetti, melon stains, and other remnants on the sloppy eater's shirt front, tie, and ear. Charlie employs an unorthodox approach to his work. He shakes an unusual cocktail; his whole body does a shimmy while the cocktail shaker remains immobile in his hands. He carelessly places a broiler cover over a live cat that he serves to a startled diner. Yet, inept as Charlie is as a waiter, he is incredibly graceful on roller skates, which is how he spends his lunch break.

Chaplin did all of the skating himself. He was occasionally aided by wires for shots which required Charlie to appear as if he were about to fall backwards or forward while on skates, causing pandemonium in the rink. His agility and grace make THE RINK one of his most memorable early comedies.