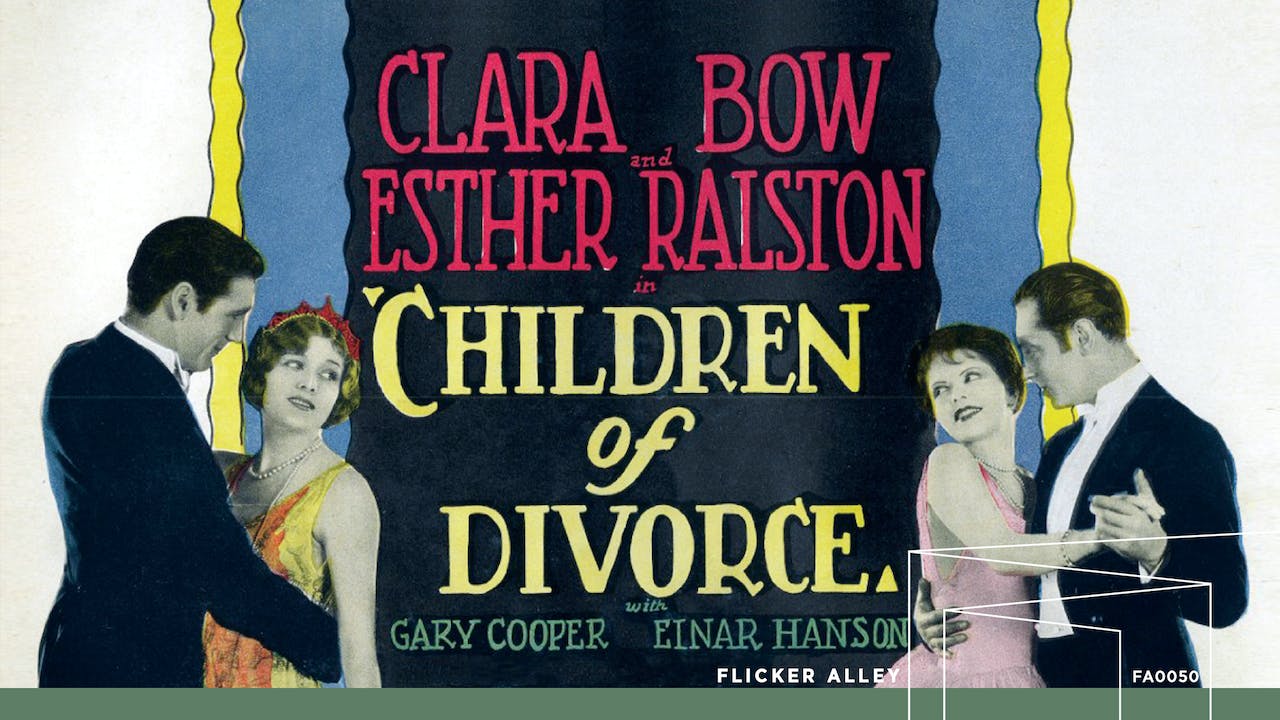 Flicker Alley, in partnership with the Blackhawk Films® Collection, is proud to present CHILDREN OF DIVORCE, starring Clara Bow and Gary Cooper.

The film begins in an American "divorce colony" in Paris after the First World War, where parents would leave their children for months at a time. Jean, Kitty, and Ted meet there as children and become fast friends. Years later, in America, when wealthy Ted (Gary Cooper) reconnects with Jean (Esther Ralston), the two fall deeply in love, vowing to fulfill a childhood promise to one day marry each other. But true love and the most innocent of plans are no match for the scheming Kitty—played by the original Hollywood “It” girl, Clara Bow—who targets Ted for his fortune. After a night of drunken revelry, Ted wakes up to find he has unwittingly married Kitty. This unfortunate turn of events, however, carries with it the traumatized pasts of the three players, whose views of marriage have been shaped as children of divorce.