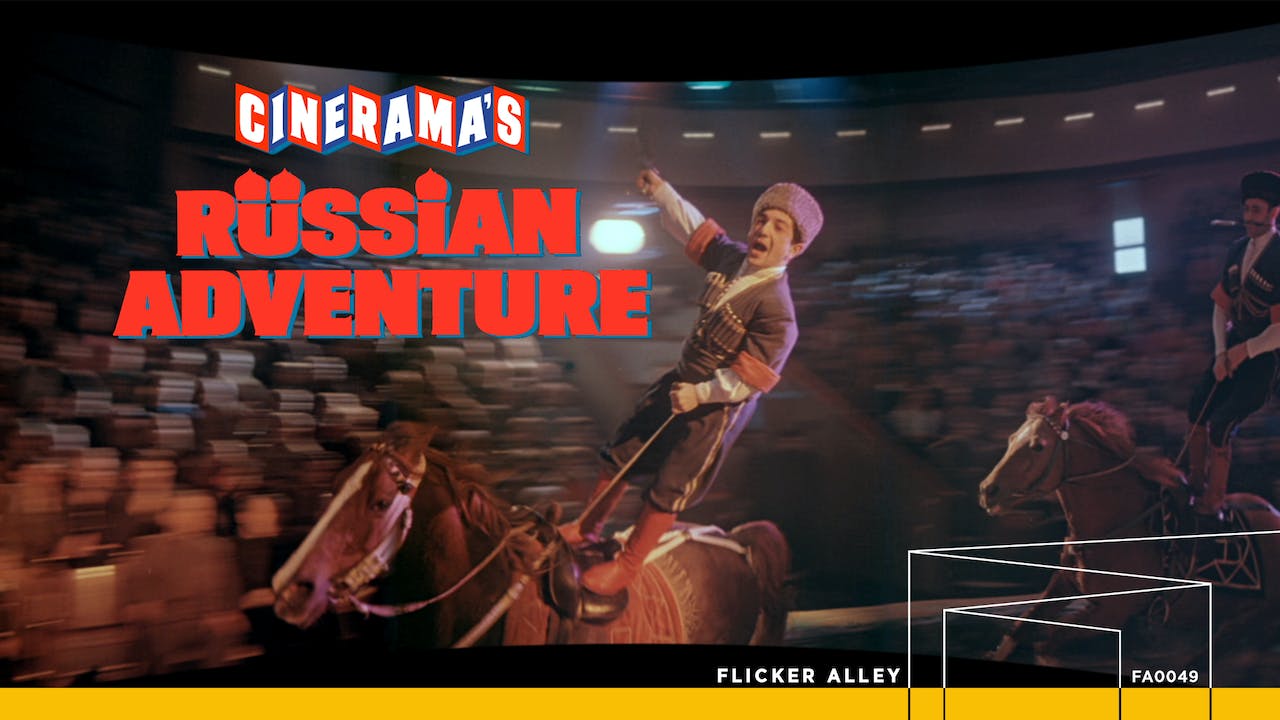 Photographed over an eight-year period by Russia’s top filmmakers, CINERAMA'S RUSSIAN ADVENTURE brings together some of the most exquisite, jaw-dropping, and beautiful sequences from over six Soviet Kinopanorama productions (the Russian equivalent of three-panel Cinerama). The film’s locations stretch from one end of Russia to the other, from the snow-covered countryside to the majestic subways of Moscow, from the deck of a whaling ship to the front seats of the Bolshoi Theater. Bing Crosby narrates the journey, offering both a grand and intimate view of a country and culture so often cited and yet so seldom seen.

Flicker Alley, Cinerama Inc. and the family of Hal Dennis / Hal Dennis Productions are proud to present CINERAMA'S RUSSIAN ADVENTURE in the Smilebox® Curved Screen Simulation. The film has been digitally remastered, and beautifully so, allowing audiences to experience – in the words of Bing Crosby – “what I believe will be our most exciting journey…”