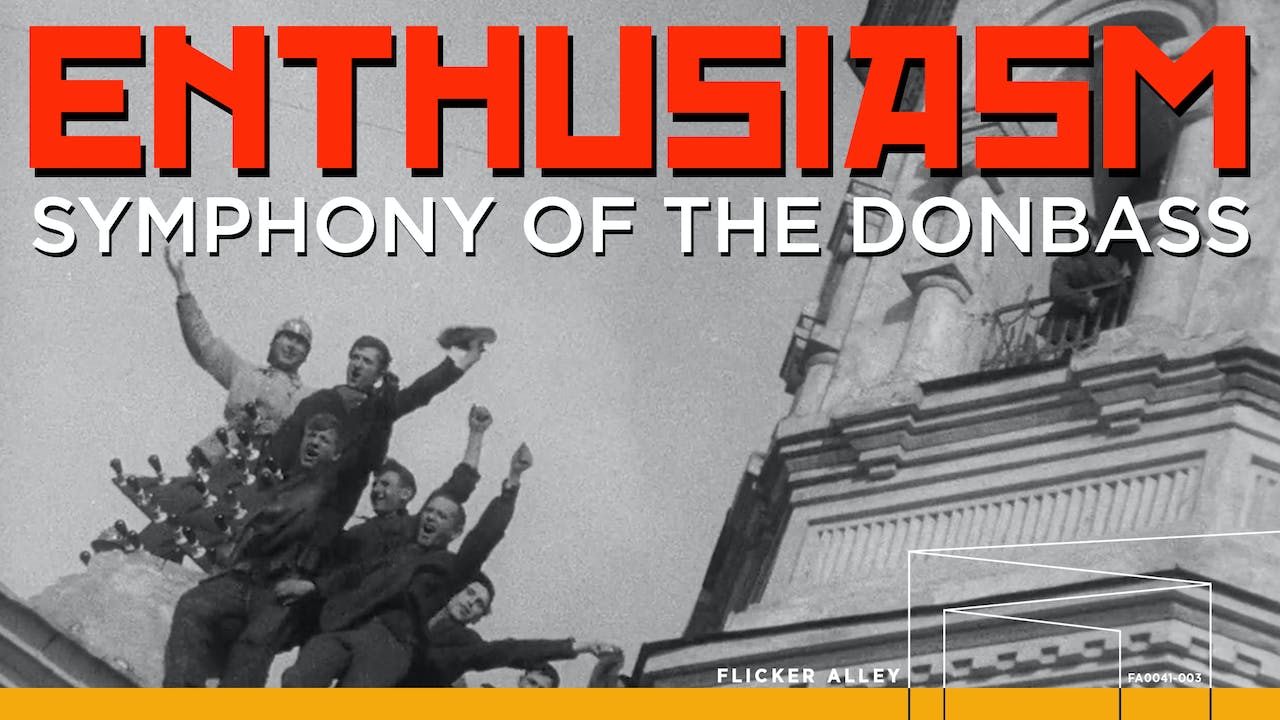 Enthusiasm: Symphony of the Donbass (1931)

Accustomed to experimenting with aural material, Vertov composed a particularly sophisticated sound track for his first talking film using the noises of machines and factory atmosphere. He was personally congratulated by Charlie Chaplin (who was himself in production with his first sound film effort, City Lights, at the time): "I never could have imagined it was possible to achieve such splendid results using factory noises. To me, this is one of the best films of the year."

Shot in 1930, ENTHUSIASM: SYMPHONY OF THE DONBASS is considered the first sound film shot in Ukraine, where sound did not become the norm until 1935, seven years after The Jazz Singer. It was also the last film shot by Dziga Vertov in Ukraine where, out of 110 feature films produced between 1930 and 1935, only 20 or so had sound.

The film received a mixed reception in the Soviet Union because instead of a simple film praising the success of the miners in achieving targets set by the central authorities, they discovered a complex, avant-garde, at times very experimental film that pushes principles of Kino-Eye to the limit.

A major innovation was the way superimpositions and special effects that Vertov had theorized and applied to the image were also applied to the sound. The recording was extremely primitive, using techniques that did not allow strict control of the recorded effects (Alexandre Corine system). In this sense, ENTHUSIASM is a pioneering work, even though the sound obviously suffers these technical limitations.

But the film had an enormous impact in Europe, where many considered it the greatest film of the year. The sequences where the red star was installed on the church steeple and those shot in foundries had a shocking effect and were hailed by Western critics.