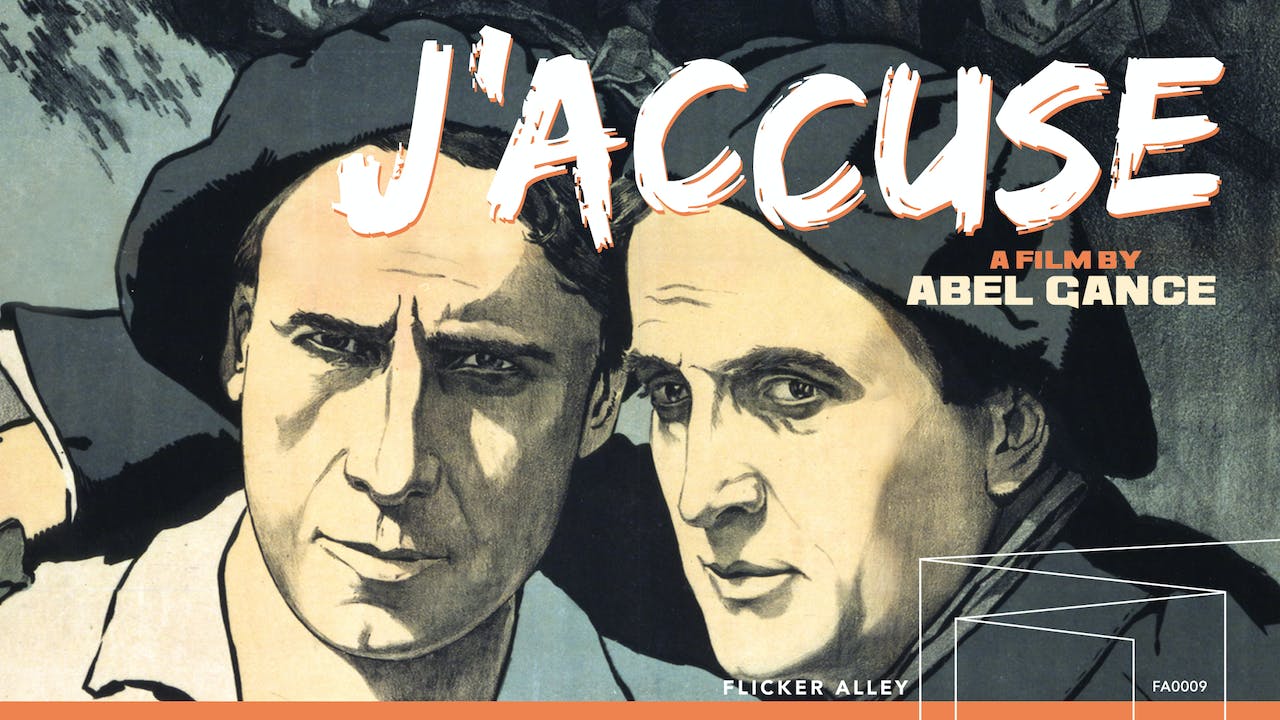 J'Accuse, Abel Gance’s extraordinary breakthrough work, is a World War I drama considered to be one of the most technically advanced films of the era and the first major pacifist film. It was referred to by Gance as “A human cry against the bellicose din of armies.” It stars Marise Dauvray as Edith, a woman who is unhappily married to an older man, François (Séverin-Mars), but is actually in love with a young poet, Jean Diaz (Romuald Joubé). Both Jean and François end up on the front lines of World War I while Edith is captured by German forces and suffers atrocities at the hands of the soldiers. Gance contrasts individual human suffering with the larger horrors of war, depicted with stark realism.

J’Accuse introduced such technical advances as rapid-cut editing and highly expressive camerawork and lighting. Gance, who had served briefly in the military, returned to active service in order to film real battle scenes to include in the project. The film became a huge international hit, prompting one journalist to write that if the film had been shown in every town in the world in 1913, war might have been averted. In the early 1920s, Gance revised the plot, titles, and editing for “peacetime” presentation. That had been the only version of the film available until now. This new French-titled, tinted edition is a reconstruction of the film’s original 1919 montage. It contains many original art cards with optional English subtitles by film historian Lenny Borger, and features a new symphonic score by Robert Israel. Experience once again what film historian Georges Sadoul called “a fevered, monumental epic on the terrible wastage of war.”