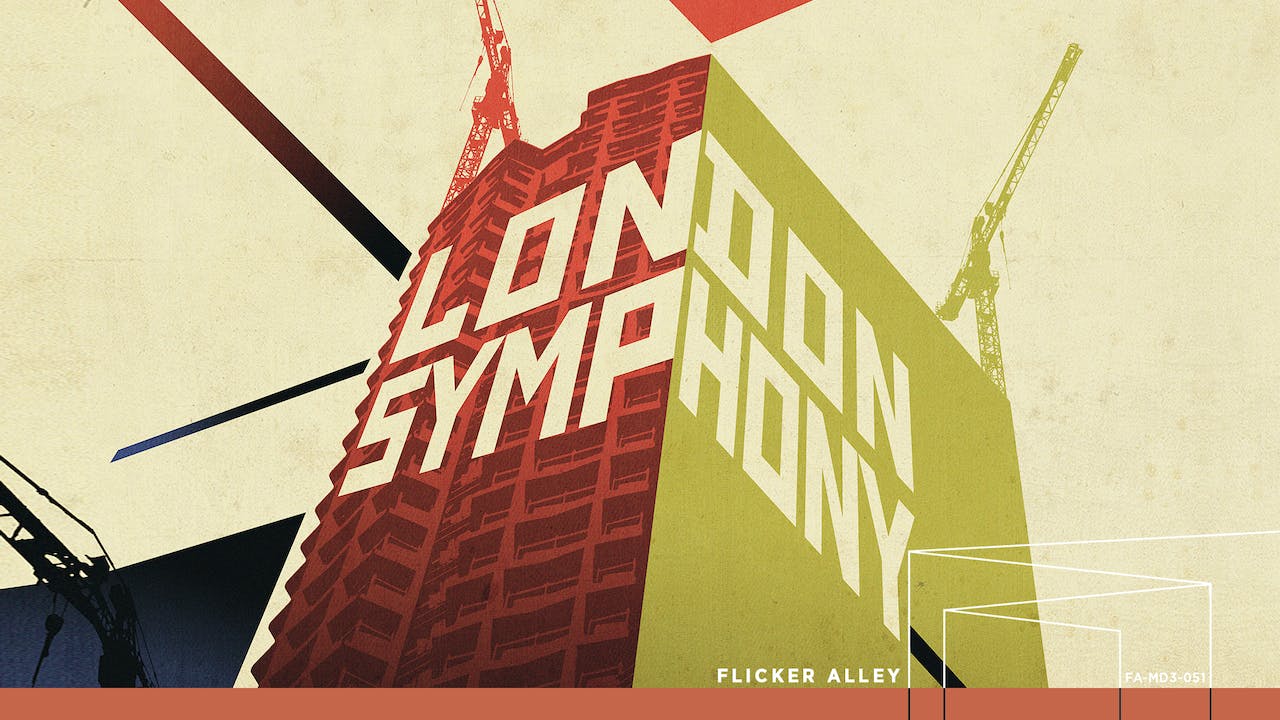 Flicker Alley, in partnership with Disobedient Films, is proud to present the worldwide streaming premiere of LONDON SYMPHONY, a brand new silent film—a city symphony—which offers a poetic journey through the city of London. It is an artistic snapshot of the city as it stands today, and a celebration of its culture and diversity. The film is divided into four parts, corresponding to the four movements of a musical symphony.

In the first movement, morning brings construction in the city, moving from the capital's oldest buildings to its newest. The second movement (morning-midday) explores the city's quieter spaces, from its green parks to its agricultural fairs and markets, as well as the vast array of food on offer in the city. Afternoon in the third movement sees the way people use the city, from the huge number of co-existing religions, to the way other people worship money and work, to shopping, to culture, museums and education. Finally, the fourth movement takes an afternoon/evening trip along the Thames from East to West, studying each of the bridges found along the way, before looking at the city in the rain.

Directed and edited by Alex Barrett, and featuring a soaring score by James McWilliam, LONDON SYMPHONY is a contemporary 'city symphony', a genre of creative non-fiction that flourished in the 1920s and consisted of works that attempted to build poetic portraits of urban life.

The release of this LONDON SYMPHONY coincides with the 90th anniversary of Walter Ruttmann's BERLIN, SYMPHONY OF A GREAT CITY (1927), one of the most important examples of the original city symphonies. Ruttmann was one of the great pioneers of experimental film, and Barrett and McWilliam have worked hard to bring a similar sense of poetic playfulness to LONDON SYMPHONY, while also updating the form for the 21st Century.