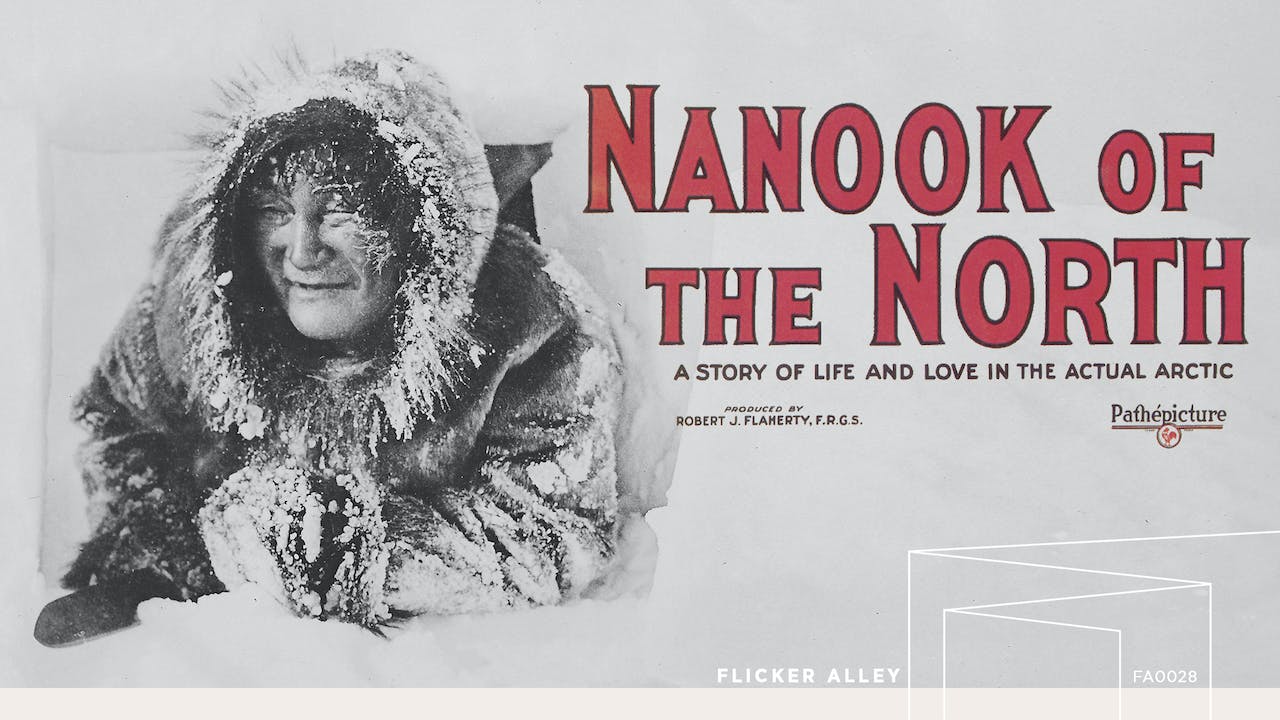 Robert Flaherty made this wonderful film of Eskimo (Inuit) life following six years as an Arctic explorer for the Canadian Northern Railway. Flaherty seized upon the idea of structuring his movie around characters who reenacted episodes of their lives and participated in the shaping of the film. He was not trained as an anthropologist, but Flaherty wisely guides our discovery of the people and their activities, and ninety years later, NANOOK OF THE NORTH remains as completely engaging as it was in 1922, a huge influence on many ethnographic films that followed.

This edition is mastered in high definition at the visually correct speed from the painstaking 35mm restoration of 1972, with a lovely orchestral score composed, compiled and conducted by Timothy Brock.