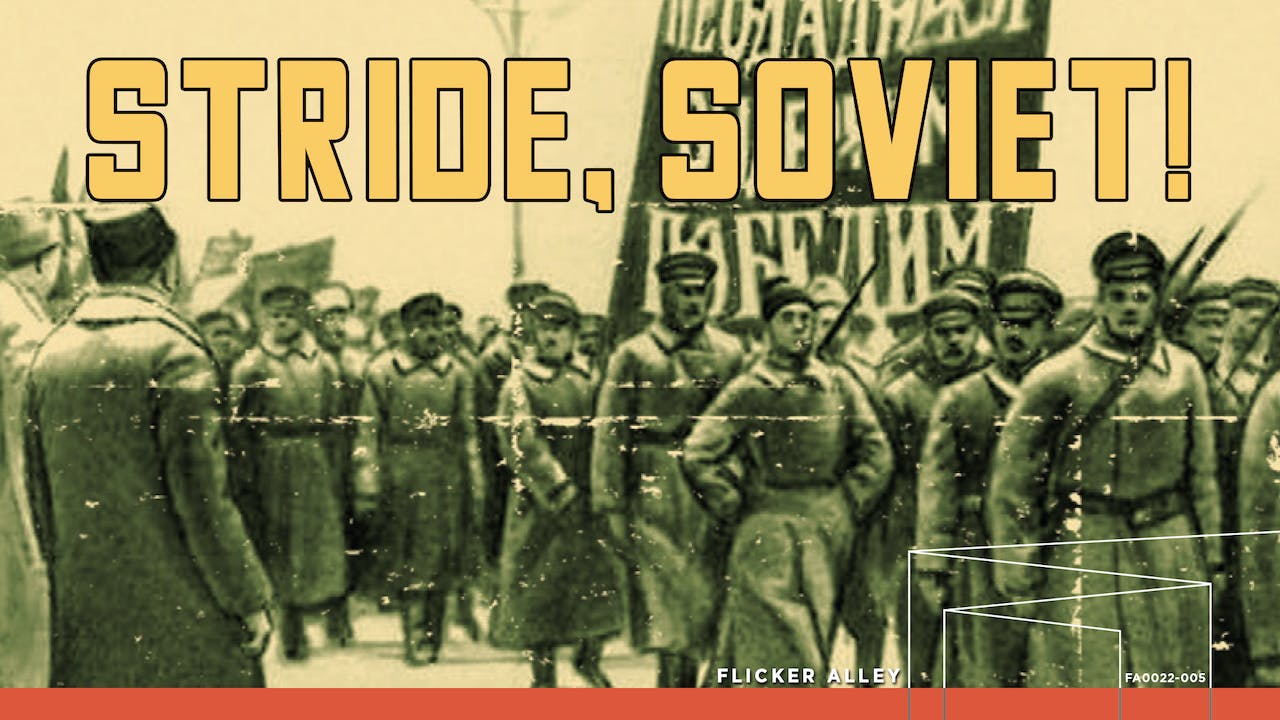 Though praise for Vertov's newsreel work was not unanimous, there was enough of it to yield several feature-length commissions. The first of these was STRIDE, SOVIET!, a film intended to publicize, in the run-up to local elections, the work and accomplishments of the Moscow municipal council or "soviet". The use of film to promote the work of prominent Soviet institutions and industries began as early as 1922, but the films produced bored the viewers, never amounting to anything more than a simplistic gallery of sights. The question of what form feature-length non-fiction filmmaking should assume loomed large over the first half of the 1920's. Many, including Lenin himself, thought that documentaries should resemble illustrated lectures: rigidly logical and text-heavy.

Lecture films, inexpensive and following a familiar form, were produced in large numbers during the 1920's and 1930's. In STRIDE, SOVIET! Vertov attempts a different kind of lecture film, one that disposes of staid commentary in favor of sharp visual conflicts that mimic the impact of a fiery orator. Developing the plan in 1925, Vertov envisioned the film proceeding as a montage of contrasts. For him, advertisement was best received in an agitated state, and the best posible promotion of Moscow, was a view of a city with all its contradictions intact. Vertov's determination was a boon for film history, but not necessarlily for the Moscow Soviet.

The members of Moscow's governing body were not thrilled with their virtual absence from STRIDE, SOVIET!, but the film was recognized by many as a major leap forward in the evolution of documentary. STRIDE, SOVIET! showed the horrors of the Civil War era, dramatized the transformation underway, showed the contrasts and disparities born of the New Economic Policy (NEP), and ended by looking ahead with Lenin's promise that NEP Russia will become Socialist Russia.