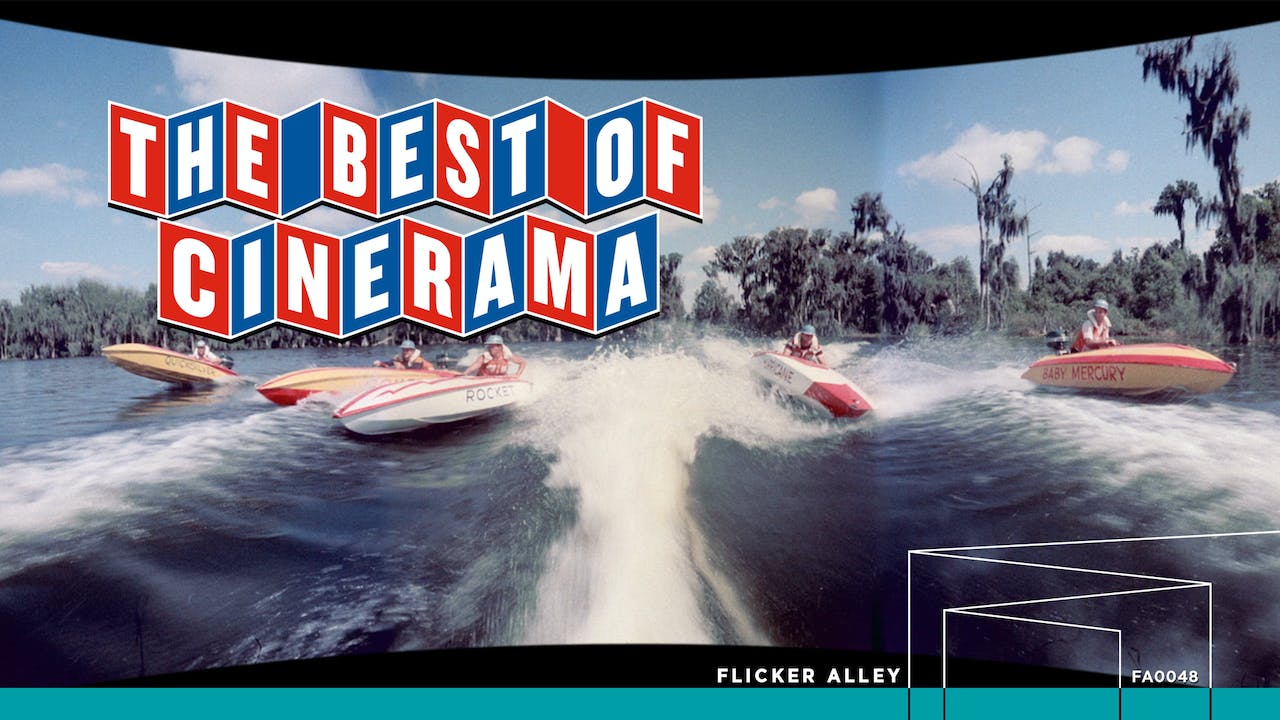 THE BEST OF CINERAMA is comprised of all the greatest thrills of Cinerama, from the breathtaking roller coaster ride to the visit to La Scala, Milan, for Aida; from the hurtling bobsled run, to the stirring dances of the African Watusis. Made up of over 20 such exciting highlights, the film is not only an historic compilation, but also a stand-alone “thrill-a-minute” experience.

The film has been digitally remastered from original camera negatives, and includes an all-new restoration of scenes from THIS IS CINERAMA! This edition celebrates a decade of Cinerama filmmaking, and over five years of bringing those treasures back to life for future Cinerama audiences to enjoy!