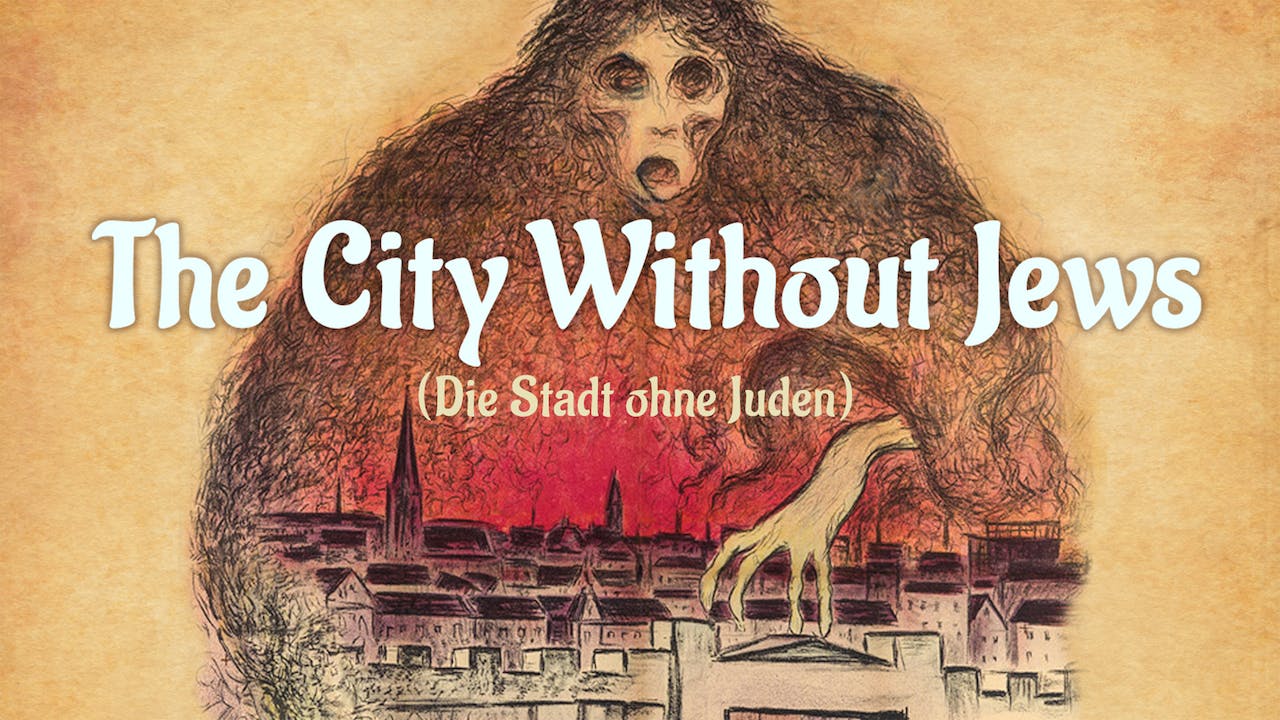 Based on the controversial and best-selling novel by Hugo Bettauer, H.K. Breslauer’s 1924 film adaptation of The City without Jews (Die Stadt ohne Juden) was produced two years after the publication of the book, only a decade before events depicted in the fictional story became an all-too-horrific reality.

Set in the imaginary city of Utopia (a thinly disguised stand-in for Vienna), the story follows the consequences of an antisemitic law passed by the National Assembly forcing all Jews to leave the country. At first the decision is met with celebration, yet when the citizens of Utopia are confronted with the loss of the Jewish population—and the resulting economic and cultural decline—the National Assembly must decide whether or not to invite the Jews back. Conceived as a dark satire and stylistically influenced by German Expressionism, the film also contains starkly realistic and eerily prophetic sequences, such as the shots of trains transporting deported Jews out of the city.

The implicit critique of Nazism in the film is one reason it no longer screened in Continental Europe after 1933, and no prints were thought to have survived. The 1933 fragment, found and published by the Filmarchiv Austria in 1991, was missing critical scenes. Now, thanks to the discovery of a nitrate print with the missing footage at a Paris flea market in 2015, as well as the comprehensive restoration work of the Filmarchiv Austria, this previously incomplete film can once again be appreciated in its ever-relevant entirety.

The most definitive and authoritative edition of this remarkable film published anywhere in the world, The City without Jews (Die Stadt ohne Juden) features a newly commissioned score by the acclaimed silent film ensemble, pianist Donald Sosin and Klezmer violinist Alicia Svigals.