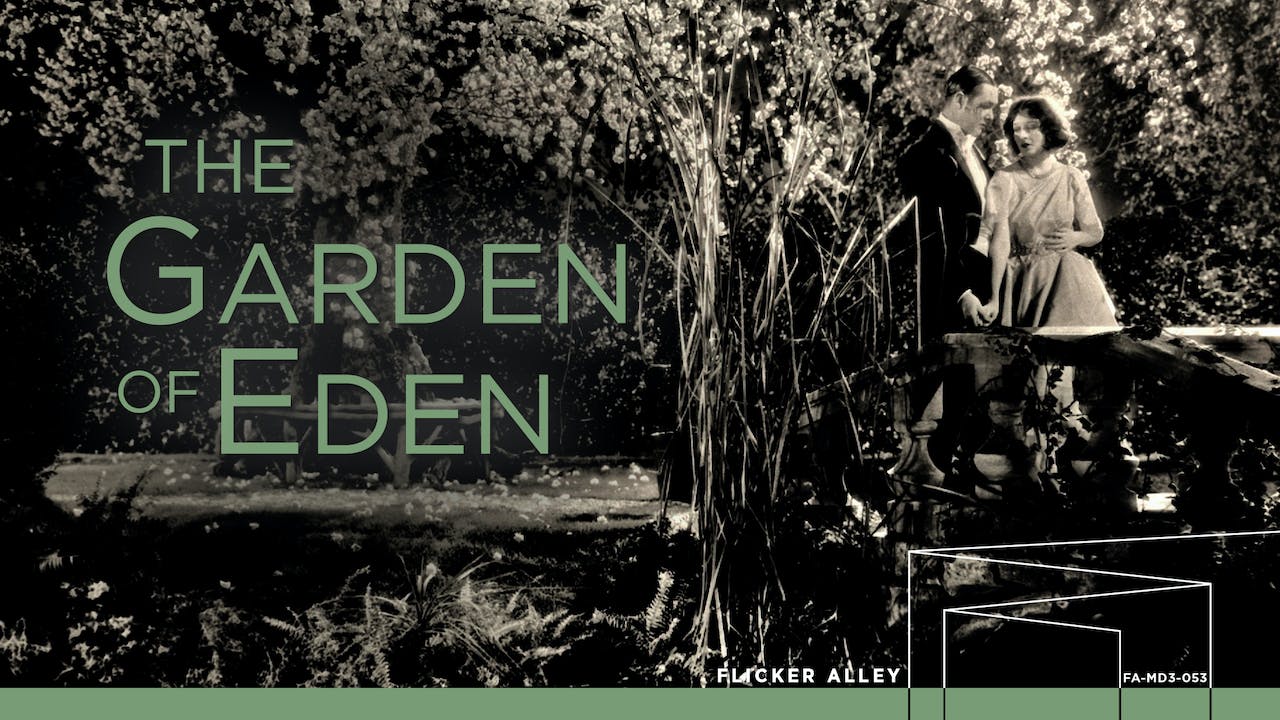 THE GARDEN OF EDEN is a thoroughly entertaining romantic comedy from 1928 and was an important film for both its beguiling star, Corinne Griffith, and talented director, Lewis Milestone. The film was scripted by Hans Kraley, a scenarist of four 1920s Ernst Lubitsch comedies and contains gorgeous production design by William Cameron Menzies.

Stylish and sophisticated, the film follows vocalist Toni LeBrun (Corinne Griffith), who leaves her family’s bakery for Budapest to become an “opera singer,” unaware that she has contracted to perform as a chorus dancer at the Palais de Paris, a cabaret run by the decadent and delightfully menacing Madame Bauer (Maude George). Toni soon escapes to Monte Carlo with the cabaret’s seamstress, Rosa (Louise Dresser), after warding off the wily cabaret patron, Baron Henri D‘Avril (Lowell Sherman). At the deluxe Hotel Eden, Toni attracts the attention of potential suitor Richard Dupont (Charles Ray), but she’s in danger of being exposed before he asks for her hand. Dueling attention from Richard’s uncle, Colonel Dupont (Edward Martindel), and a surprise guest create further romantic adventures for the couple.

This remastered edition of the film is constructed from what is considered to be the best surviving elements with a musical score arranged and performed by Robert Israel.