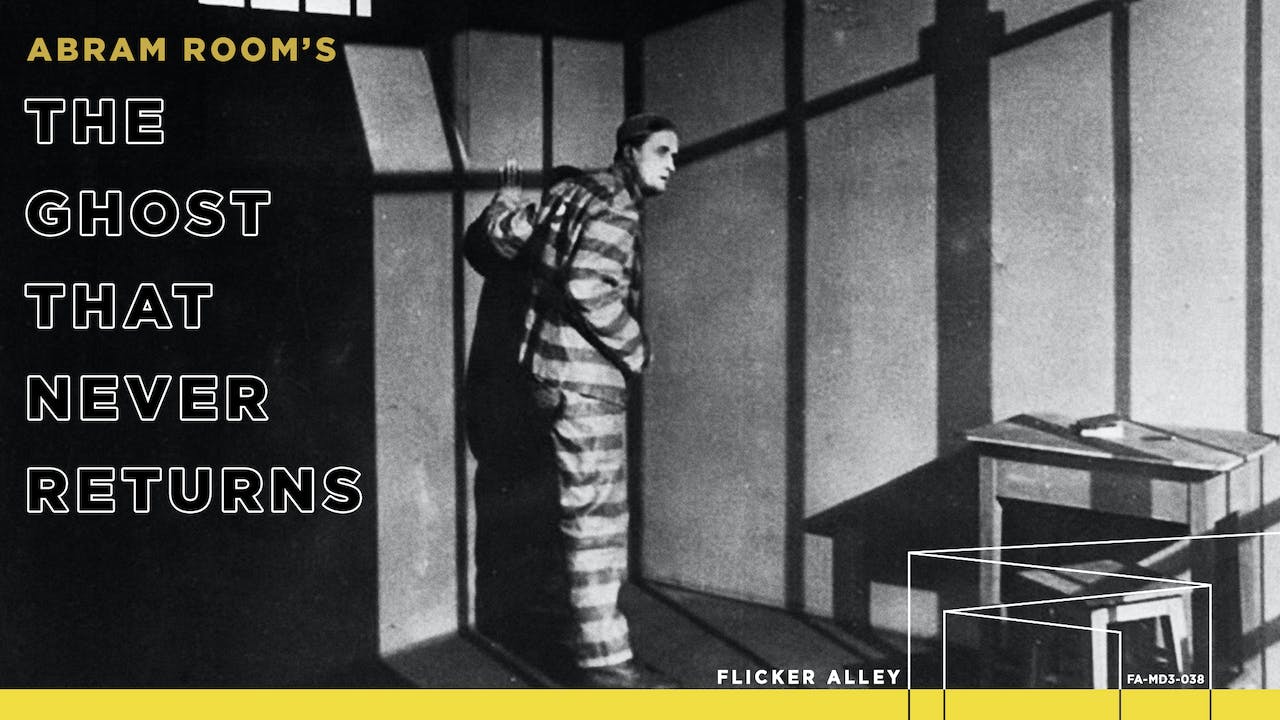 THE GHOST THAT NEVER RETURNS is an outstanding Soviet film by Abram Room, the director of Bed and Sofa (1927). Released to little notice in 1930, it joins other very late silents to show the screen still developing high eloquence after the first talkies stopped silent cinema dead in its tracks.

The story takes place at a South American oilfield where José Real (Boris Ferdinandov) is imprisoned for life after attempting to unionize the workers. After 10 years, a prisoner is allowed one day’s liberty to visit his family – a privilege from which no one has ever returned alive, for he is accompanied by a detective instructed to assassinate him. The climax of the film, as José’s parole officer waits in a bar for the clock to strike 7, is no less thrilling than (though, of course, predates) the formalist suspense of classic westerns like High Noon (1952).

The most stunning element of THE GHOST THAT NEVER RETURNS, though, is the way in which Abram Room, along with his cinematographer Dmitry Feldman, utilizes the camera to express the emotions of the characters. Herman G. Weinberg wrote in 1955: “Although ‘The Ghost’ is replete with cinematic pyrotechnics, these virtuoso effects are not what give the film its strength and validity. Rather it is the psychological revelation achieved by the most subtle use of 'long takes' in which the director forces the viewer to think with him until he is convinced he has ‘saturated’ the spectator with character’s thought processes.” Once outside the prison’s walls, for example, José’s experience of every detail - a weed growing from a wall, trash in the wind – is given the utmost attention. When José’s wife learns of his temporary release, she hurtles through the streets telling everyone she sees – the frenetic camerawork vividly communicating her excitement.

This is the original silent version with new English titles and a new musical setting by Rodney Sauer (the film was re-released in 1933 in a shortened version with dubbed dialogue and music). Our only available source was a mint 16mm print made for circulation to workers' clubs in the early 1930s. Unfortunately, the image quality is well below our usual standard, but we believe that the high quality of the production is worth the compromise.