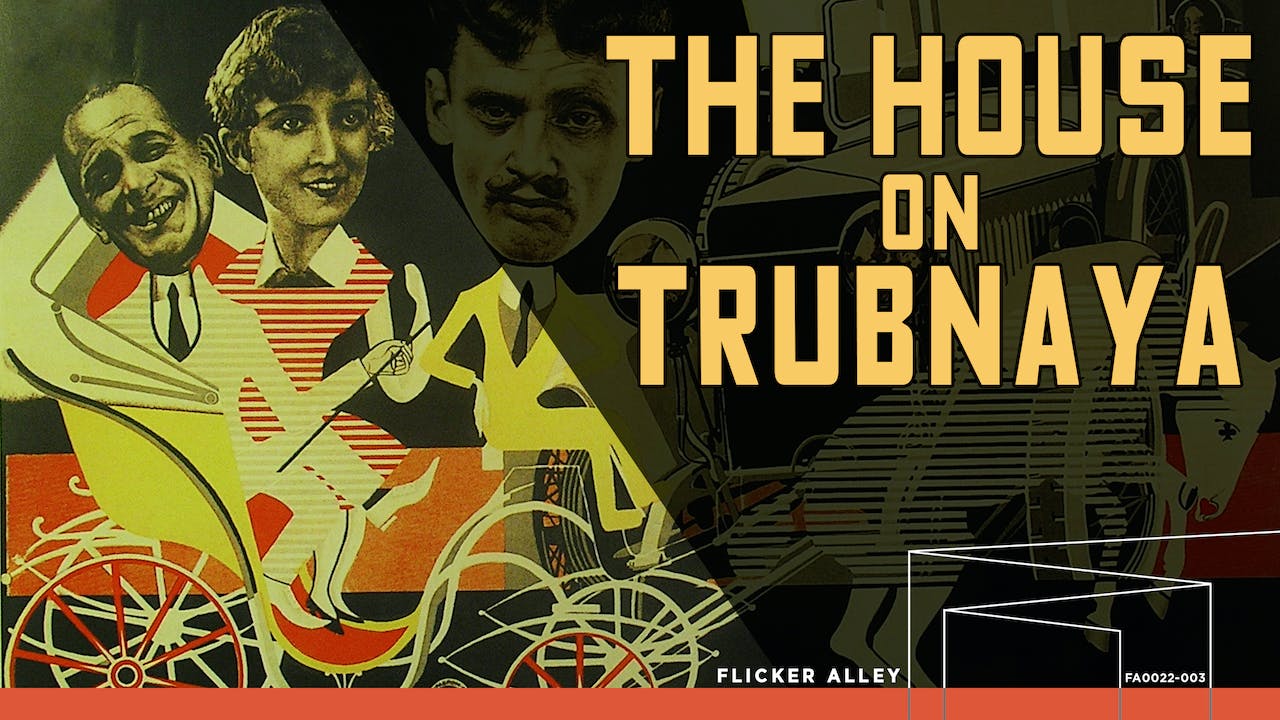 THE HOUSE ON TRUBNAYA was Boris Barnet’s fourth production, and a great hit with audiences. With its vibrant humor and a clever commentary on the historical moment, this film was unusual for 1920’s Soviet cinema. Barnet preferred to avoid the hot air of Revolutionary Romanticism, for his heart lay in stories about regular people coming to terms with historical changes. In this niche, he excelled as a storyteller, producing moving visual narratives that invited the spectators to enjoy the picturesque, touching strangeness of ordinary life.

Himself a student of Kuleshov, Barnet began work as an actor, portraying the role of Cowboy Jeddy in Mr. West (1924). Though he rejected much of Kuleshov’s teaching, he adopted his former mentor’s taste for experimentation and desire to keep abreast of stylistic innovation. In terms of cinematic style, THE HOUSE ON TRUBNAYA is at ease with avant-garde devices. Yet, whenever Barnet employs stop-frame tricks like Dziga Vertov, or creates a cine-symphony of the sleeping capital like Walter Ruttmann, he does so in a playful manner, as if winking at audiences familiar with these trendy tricks.

Visual puzzles spread throughout the film, such as a stop-motion sequences in which the driver Semion appears to turn his automobile around by small jumps, create a double perspective on events, teaching the audience not to take everything they see at face value, reminding the viewers that the story they are watching is constructed. The film also deconstructs political ideologies of the day in very critical manners. The anti-climactic finale to Paranya’s march with the Moscow Council demonstration reminds the viewer, in a tragicomic manner, that joining in the ranks of the new working class elite is not as easy as it seems. That is not to say that Barnet does not believe in socialist institutions. Rather, what Barnet accomplishes in scenes like this is showing that people have private emotions besides the ideological ardor expected of them by the regime.