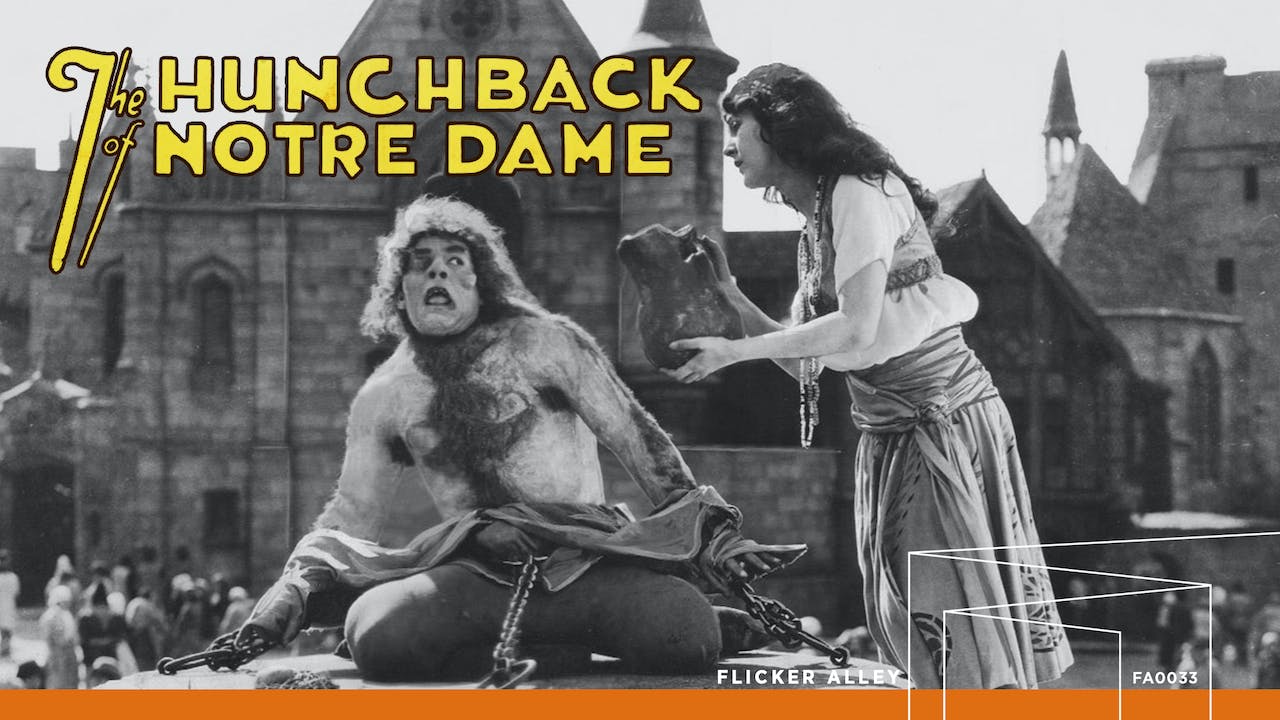 Flicker Alley, in association with the Blackhawk Films Collection®, is proud to present THE HUNCHBACK OF NOTRE DAME, starring Lon Chaney as Quasimodo, looking as if he had just stepped out from the original illustrations of Victor Hugo’s novel.

HUNCHBACK is a huge production: the sets depicting 15th-century Paris covered nineteen acres of Universal Pictures’ back lot and included the façade of Notre Dame Cathedral. Filming took six months and the climactic sequence employed two thousand extras, but it’s Lon Chaney’s performance that makes the character unforgettable. THE HUNCHBACK OF NOTRE DAME premiered at New York’s Astor Theatre on September 2, 1923. The success of the film was immediate; it made Carl Laemmle and Universal Pictures a fortune, and turned Lon Chaney into a screen legend.

This edition is mastered from a multi-tinted 16mm print struck in 1926 from the original camera negative. (The film apparently does not survive in 35mm). Visible wear in the source material is diminished with a moderate amount of digital restoration. It is pictorially much better than earlier video editions and represents the best condition in which this landmark film survives today. A new symphonic score arranged by Donald Hunsberger was recorded in the Czech Republic by full orchestra conducted by Robert Israel.