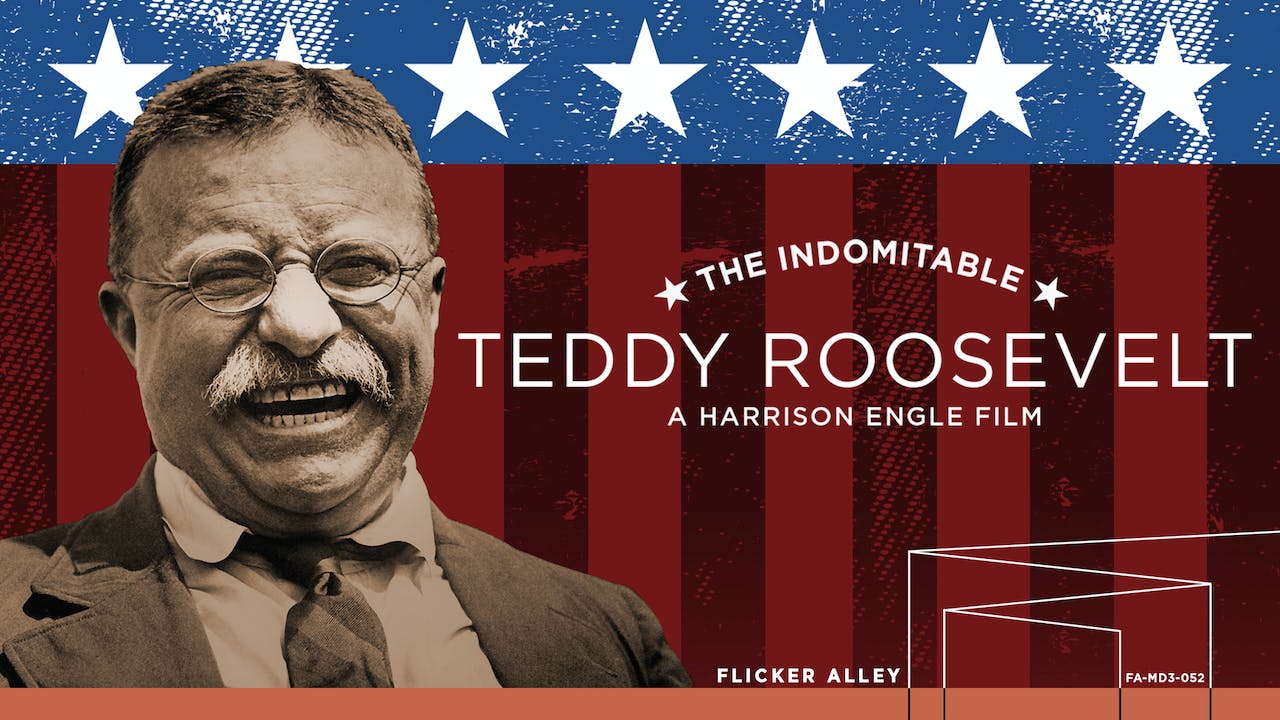 The youngest president in our nation’s history, who brought an unprecedented excitement and power to the office, the life of America’s 26th president, Theodore Roosevelt, makes any fiction pale by comparison. His was the life of a magnificent maverick – a man of enormous popularity and legendary achievements.

From the sidewalks of New York to the frontiers of Dakota, from San Juan Hill to the White House – he saw it all and changed the country. Dynamic leader, Explorer, War Hero, Creator of our National Parks, Founder of the Progressive Party – Teddy was larger than life and a true American hero. Directed by Harrison Engle, outstandingly narrated by George C. Scott, this award-winning film artfully blends remarkable film footage of great events, meticulous recreations and the stirring music of John Philip Sousa to create a spectacular visual and musical experience.