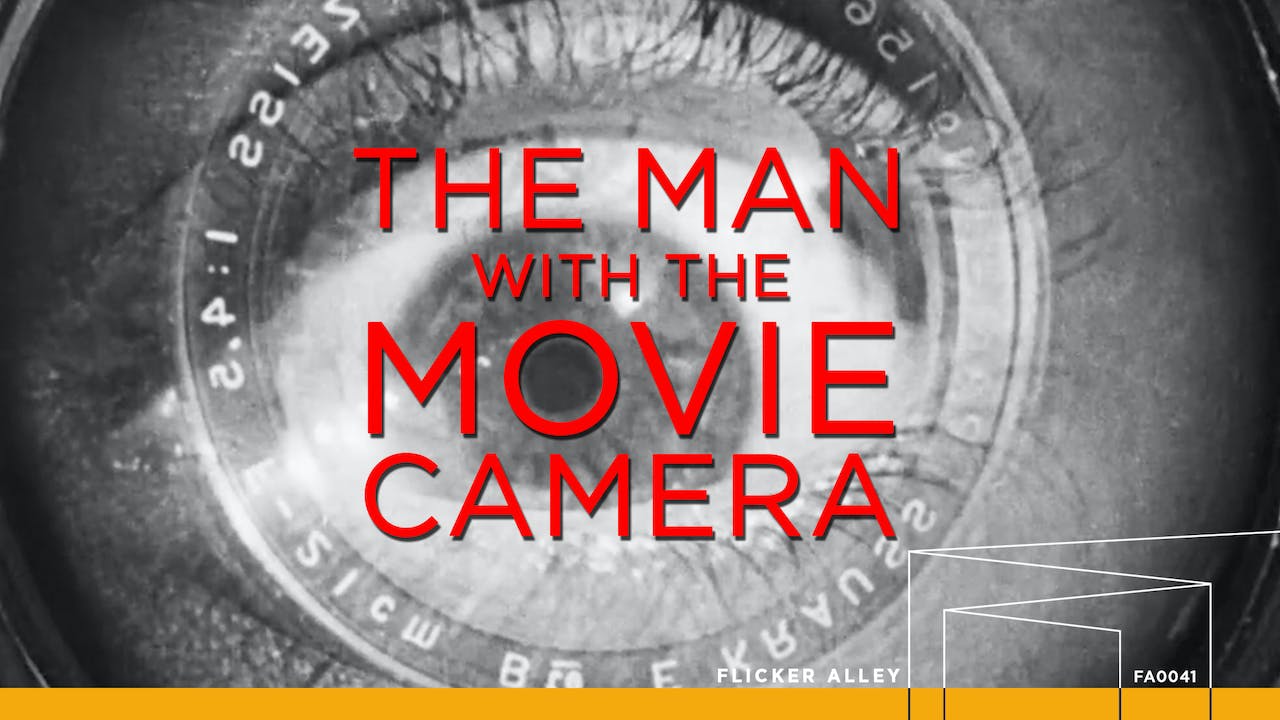 On a surface level, THE MAN WITH THE MOVIE CAMERA follows the story of a man who travels around a city with a camera slung over his shoulder, documenting urban life with dazzling invention. But what director Dziga Vertov is able to accomplish with this simple set-up has been astounding audiences for decades.

THE MAN WITH THE MOVIE CAMERA wholly represents Vertov's 1923 Kino-Eye manifesto proclaiming, "I am an eye... I am the machine that reveals the world to you as only the machine can see it. I am now free of human immobility. I am in perpetual motion. I approach things, I move away from them. I slip under them, into them... Freed from the constraints of time and space, I organize each point of the universe as I wish. My route is that of a new conception of the world. I can make you discover the world you did not know existed."

Today it is known as one of the most studied Soviet films and the one most shown in film schools. It constructs and deconstructs at the same time, puts the cameraman in the position of the filmed, introduces the viewer's perspective into the narration (we're not watching a film, we are present at the showing of a film before an audience). The real star is the camera, allowing the eye to see the invisible, or that which is rarely filmed.

Vertov, this film his masterpiece, decreed his own sound design for the film, which was only ever performed at the film's premiere. The Alloy Orchestra studied Vertov's musical notes and based this new score on it, revisiting Vertov's imaginary audio universe and rendering a resolutely new orchestral arrangement of it.

Discovered and restored at EYE Film Institute in Amsterdam—with extensive digital treatment by Lobster Films—the 35mm print from which this edition is, in part, sourced is the only known complete version of the film. A film Sight and Sound named as the best documentary of all time.