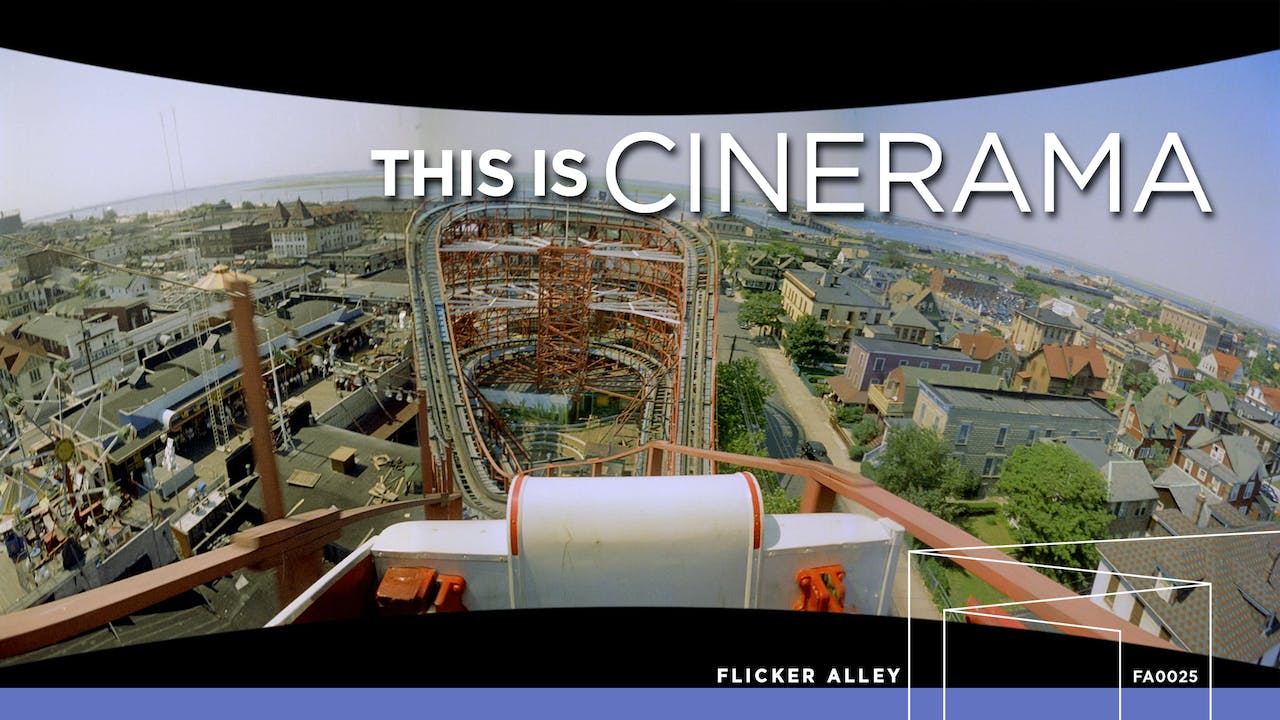 Flicker Alley and Cinerama Inc. are pleased to announce the long-awaited re-release of THIS IS CINERAMA, now beautifully restored from the original three-panel, six-perforation camera elements. This is the most extensive and thorough restoration yet of the film that changed the shape and sound of the movies forever!

On the evening of September 30, 1952, THIS IS CINERAMA premiered at the Broadway Theatre in New York City. Robert C. Ruark of The New York World Telegram said of the event: “I have just looked at the movies’ answer to television, whether or not the movies know it yet.” Indeed, this unique, widescreen process was launched when television was deemed a major threat to US film exhibition. Fred Waller, Cinerama’s creator, dreamed of a motion picture experience that would recreate the full range of human vision. Using three cameras and three proctors on a curved screen 146° deep, Cinerama created an immersive cinematic event, wowing 20 million viewers in its original roadshow version.

Now, audiences can experience the forerunner to all modern widescreen formats once again, and in a brand-new, definitive restoration. From Venice to Madrid, from Edinburgh Castle to the La Scala opera house in Milan, and all across America in the nose of a B-25 bomber, travel around the world with Cinerama, presented in the one-and-only Smilebox® curved screen simulation.