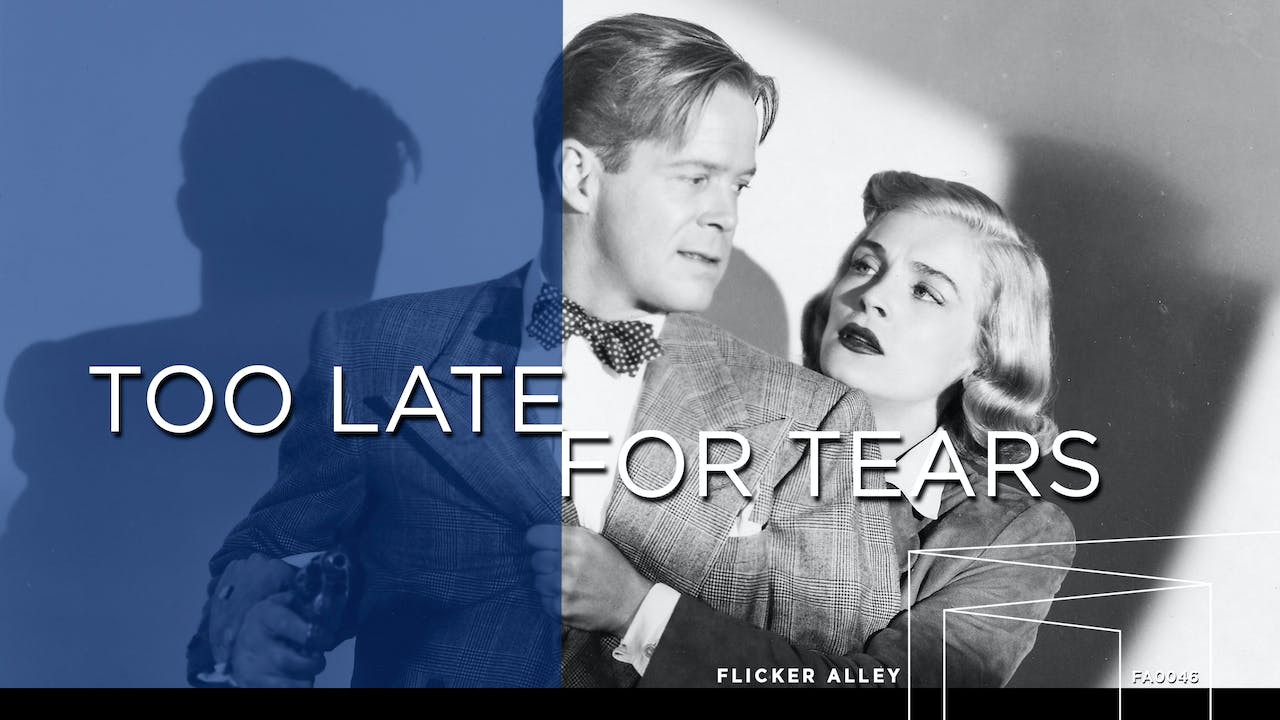 Rescued and preserved after a five-year crusade by the Film Noir Foundation, this 1949 classic is at long last available in a clean digital version, transferred from a 35mm print painstakingly restored by UCLA Film & Television Archive.

Jane Palmer (Scott) and her husband Alan (Arthur Kennedy) mysteriously have $60,000 literally dropped in their laps. The circumstances seem mighty suspicious to Alan, who wants to turn the money over to the police. But in a materialistic rapture, Jane won’t let it go. She doesn’t care where it came from, or what danger might ensue—not if it will bring her the luxury she craves. Enter shady Danny Fuller (Duryea, as cocky and menacing as ever), who claims the money belongs to him. Roy Huggins’ snappy script (adapted from his novel) is a complex, breezy and black-hearted homage to James M. Cain and Raymond Chandler.

Flicker Alley is excited to present TOO LATE FOR TEARS, restored by UCLA Film & Television Archive, and passionately championed by the Film Noir Foundation, with special thanks to the Hollywood Foreign Press Association.