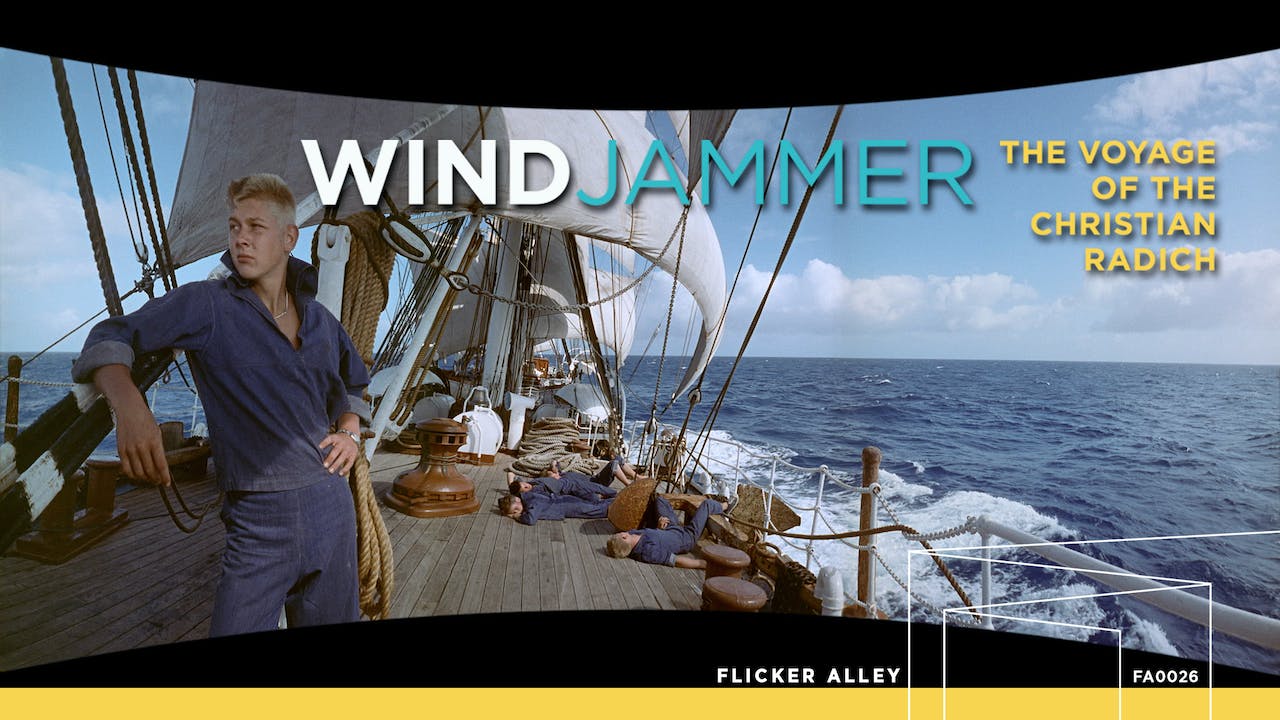 Windjammer: The Voyage of the Christian Radich (1958)

At a star-studded premiere at Grauman’s World Famous Chinese Theater in Hollywood, WINDJAMMER: THE VOYAGE OF THE CHRISTIAN RADICH sailed into movie history on April 8th, 1958. The brainchild of National Theatres, who hoped to compete with rival widescreen sensation Cinerama, WINDJAMMER was the first (and eventually, the only) film to use the Cinemiracle process. Utilizing proprietary widescreen technology accompanied by seven-channel audio, Cinermiracle was the perfect format to tell the sweeping adventure of the Christian Radich, a Norwegian square-rigger, and her crew.

Now newly restored from original camera elements, the color, the music, and the true artistry of this classic are reborn. Embarking from Oslo, Norway, the Christian Radich sets out across the Atlantic with a storm-tossed stop in Madeira, where New Year’s festivities entice the young crewmen to enjoy Portuguese musical celebrations and heart racing rides in basket sleds down steep cobblestone streets. After that, it is on to Willemstad, Curacao, where young sailors take part in Dutch festivities. They catch a courtyard performance of Pablo Casals in San Juan, Puerto Rico, and in Port-of-Spain, Trinidad, they’re greeted by native steel bands and Calypso singers. By the time they arrive in New York, the Cinemiracle cameras offer a kaleidoscopic treat of color and sound created by famed photographer Arthur “Weege” Fellig. A later encounter with the U.S. Navy Task Force makes for a grand promenade of ships, and when underwater shots of frogmen and a submarine emerge from the depths to reveal the Windjammer on the open sea, Cinemiracle becomes the true star of this breathtaking story. Presented in Smilebox® curved screen format, audiences are once again able to rediscover and re-appreciate this timeless and newly-restored cinema gem!