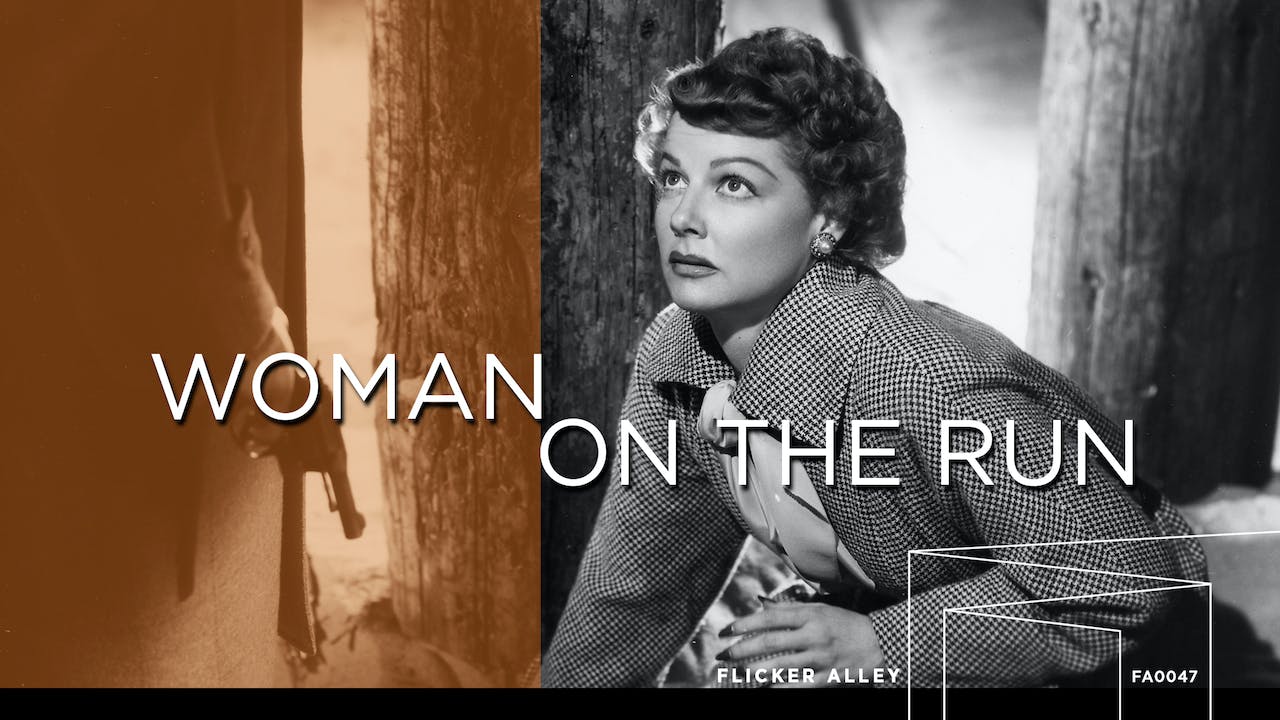 A lost gem rediscovered! Thanks to the efforts of the Film Noir Foundation, this terrific 1950 film noir, the only American print of which was burned in a 2008 fire, has been rescued and restored to its original luster.

Join the wild chase around San Francisco as a man goes into hiding after witnessing a gangland execution. Police bird-dog his wife Eleanor (Ann Sheridan), certain she’ll lead them to her husband, whose testimony against the killer could bring down a crime kingpin. But Eleanor and her hubbie are Splitsville—she never wants to see him again. When roguish newspaperman Danny Leggett (Dennis O’Keefe) charms Eleanor into helping him track down the hidden husband—there are unexpected, stunning, and poignant results. This nervy, shot-on-location thriller is a witty and wise look at the travails of romance and marriage, and perhaps the best cinematic depiction ever of mid-20th century San Francisco.

Flicker Alley is honored to present this HD streaming edition of WOMAN ON THE RUN, completely restored by the Film Noir Foundation in conjunction with UCLA Film & Television Archive, with special thanks to the Hollywood Foreign Press Association’s Charitable Grant Trust and the British Film Institute.