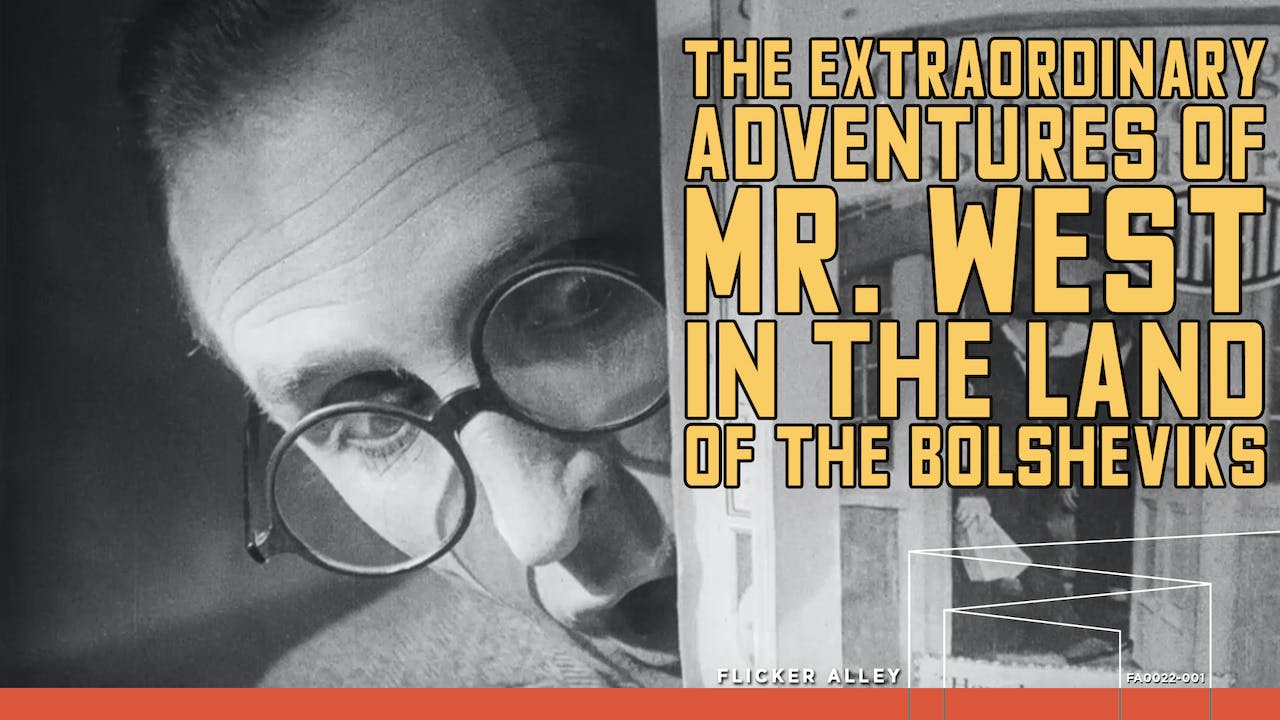 The Extraordinary Adventures of Mr. West in the Land of the Bolsheviks (1924)

THE EXTRAORDINARY ADVENTURES OF MR.WEST IN THE LAND OF THE BOLSHEVIKS centered around the exploits an American, Harold Lloyd-like character, who travels to investigate the barbarous Soviet state only to discover the "real" Russia. It was the first feature film that Lev Kuleshov made with a team of actors who had attended his Experimental Cine-Laboratory. For four years, this group had been doing preparatory work as they planned to reform the art of cinema with an eye on montage. Yet, for a long time, their ideas remained dry theory, because the worship lacked resources to make films.

What Kuleshov was aiming for was the aesthetics of American action films. He admired them for their fast pace, well-wrought suspense, athletic performances, as well as narratively efficient framing and editing – in short, for everything that was missing from languid boudoir melodramas, which dominated the Russian screen before the Revolution. Following his own principles of montage, Kuleshov made sure that each frame of MR. WEST would be stripped of unnecessary and distracting details and serve as an efficient, unequivocal plot-furthering element.

Analogously, the work of actors in various scenes is often composed of several distinct moments, which are shown in close-up. The director favored simple trajectories and clear geometry, encouraging his actors to produce expressions that would be immediately readable. This often results in unnatural and grotesque performances, somewhat reminiscent of the avant-garde theater. Even though Kuleshov had learned a lot from American films and wanted MR.WEST to surpass them, the film’s attitude to its source materials is best described as an imaginative parody.