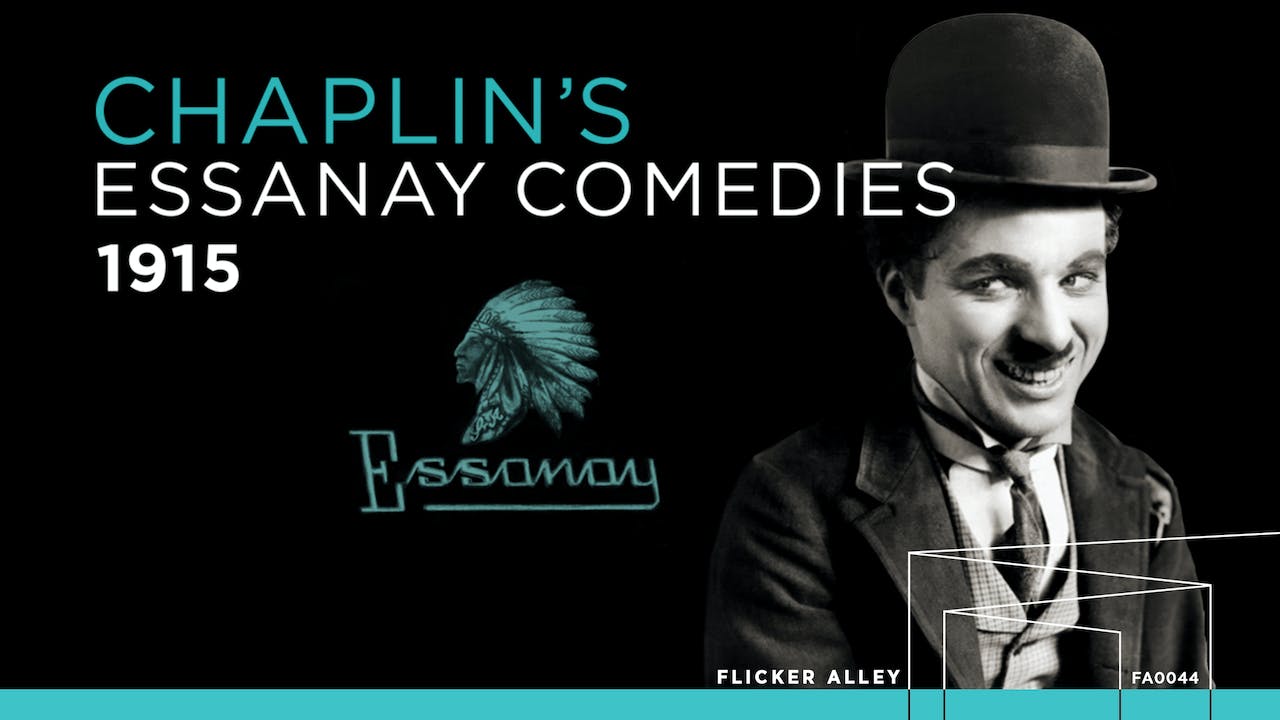 In late 1914, Charlie Chaplin was paid the then-unprecedented salary of $1,250 per week (with a bonus of $10,000) in exchange for signing a one-year contract with the Essanay Film Manufacturing Company. The resulting 14 films he created for Essanay find Chaplin further experimenting with new cinematic techniques, while continuing to add complexities and pathos into his celebrated Little Tramp character, soon to become immortalized as the face, hat, and mustache of modern screen comedy.

Flicker Alley and The Blackhawk Films® Collection are proud to present CHAPLIN'S ESSANAY COMEDIES, the third and final installment of the Chaplin Project (lead by Lobster Films and Cineteca di Bologna), a massive, twelve year endeavor to restore all of Chaplin’s cinematic output from 1914-1917. Featuring 15 newly restored films—HIS NEW JOB, A NIGHT OUT, THE CHAMPION, IN THE PARK, A JITNEY ELOPEMENT, THE TRAMP, BY THE SEA, HIS REGENERATION, WORK, A WOMAN, THE BANK, SHANGHAIED, A NIGHT IN THE SHOW, BURLESQUE ON CARMEN, and POLICE were all scanned under the aegis of Association Chaplin at a resolution of 2,000 lines from original 35mm prints gathered from archives all over the world, then digitally assembled and restored, a collaborative effort of Lobster Films and Cineteca di Bologna. These editions feature scores from some of the foremost composers and musicians of silent film accompaniment, including Timothy Brock, Robert Israel, and The Mont Alto Motion Picture Orchestra.