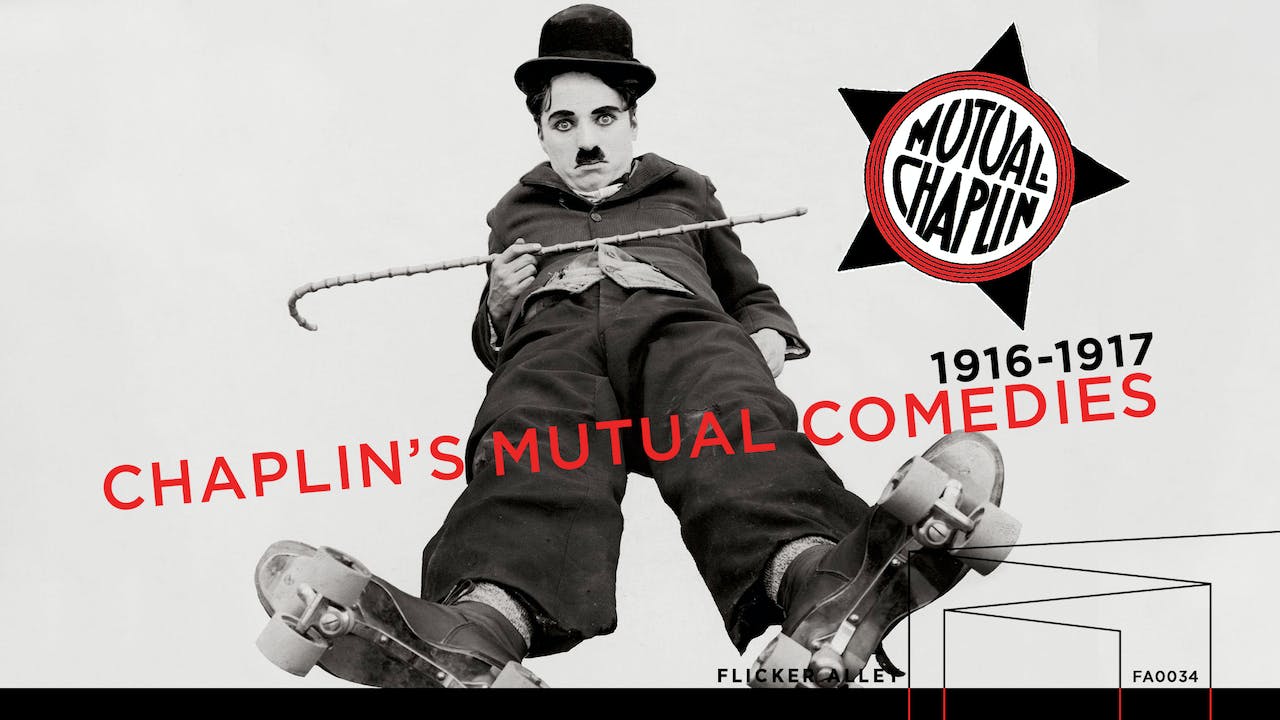 In the movies he made for the Mutual Film Corporation, Charles Chaplin perfected what would become the trademark themes and techniques of his career while simultaneously creating the short films that many critics and enthusiasts now regard as his best work.

Flicker Alley and The Blackhawk Films® Collection are proud to commemorate The Little Tramp with CHAPLIN'S MUTUAL COMEDIES, a collection featuring 12 newly restored films (THE FLOORWALKER, THE FIREMAN, THE VAGABOND, ONE A.M., THE COUNT, THE PAWNSHOP, BEHIND THE SCREEN, THE RINK, EASY STREET, THE CURE, THE IMMIGRANT, and THE ADVENTURER), all scanned under the aegis of Association Chaplin at a resolution of 2,000 lines from original 35mm prints gathered from archives all over the world, then digitally assembled and restored, a collaborative effort of Lobster Films in Paris and L’Immagine Ritrovata in Bologna, Italy. Among the many well-known composers and musicians accompanying these films are Eric Beheim, Neil Brand, Timothy Brock, Antonio Coppola, Carl Davis, Stephen Horne, Robert Israel, the Mont Alto Motion Picture Orchestra, Maud Nelissen, Donald Sosin, and Gabriel Thibaudeau.